As the future and the new ways of transportation approach, it is only logical to ponder what will be of the whole infrastructure we have built around our current means of transport. What will happen to parking lots, highways, gas station finally? In a world of such fast technological advances, predicting what is going to happen in fifty years from now is incredibly hard.There are already some guesses – self-driving vehicles, smart roads, market environment change in favour of alternative fuels. In such immensity of possibilities, I have decided to not hold on to only one outcome but stay open for many various options. If the vehicles will be powered by electricity, water or in any other way, the main question to be asked in regards of gas stations is: will we still have to charge our cars and such there? We already hear news about home charging pods being possibly preferable method, how we can not be sure gas station will not loose their primary objective? In my project I have designated a few charging posts, yet they ‘share the spotlight’ with other deemed necessary features. In my idea I have chosen to give the gas station a new function, which would take into account the oncoming socio-architectural developments that may occur.The biggest asset most gas stations have, is their localizations in the centre of towns, neighborhoods. The land, on which they are situated, is attractive to investors. Furthermore, their ample numbers in urban structure could even create their own network that may be used in future developments. On the other side, the costs required for remediating and cleansing the soil underneath the buildings are so high, that many get discouraged.

So how can someone renovate such a promising site and avoid difficulties that come with the process?

My vision is to create a place that would serve people in a way closer to nature. Many architects and city planners warn against rapid city developments leaving people in steel and glass spaces with no contact with greenery. In my project I have put such a green place right where used to stand gas pumps and underground gas tanks. Rather than to go through the process of revitalizing the ground I think it is a smart idea to instead dig out the soil and create an interesting terrain for people to visit, where they could sit down and relax. Of course it would also serve those, who arrived to charge their vehicles and have some spare time. I mentioned earlier that many other gas stations could be changed this way, creating a network of mini green centers in a city, each occupied by people living around.We so often examine the innovative, more ecological fuels and means of transportation, so does it not seem very fitting to also focus on turning gas stations into natural, more ecological places? 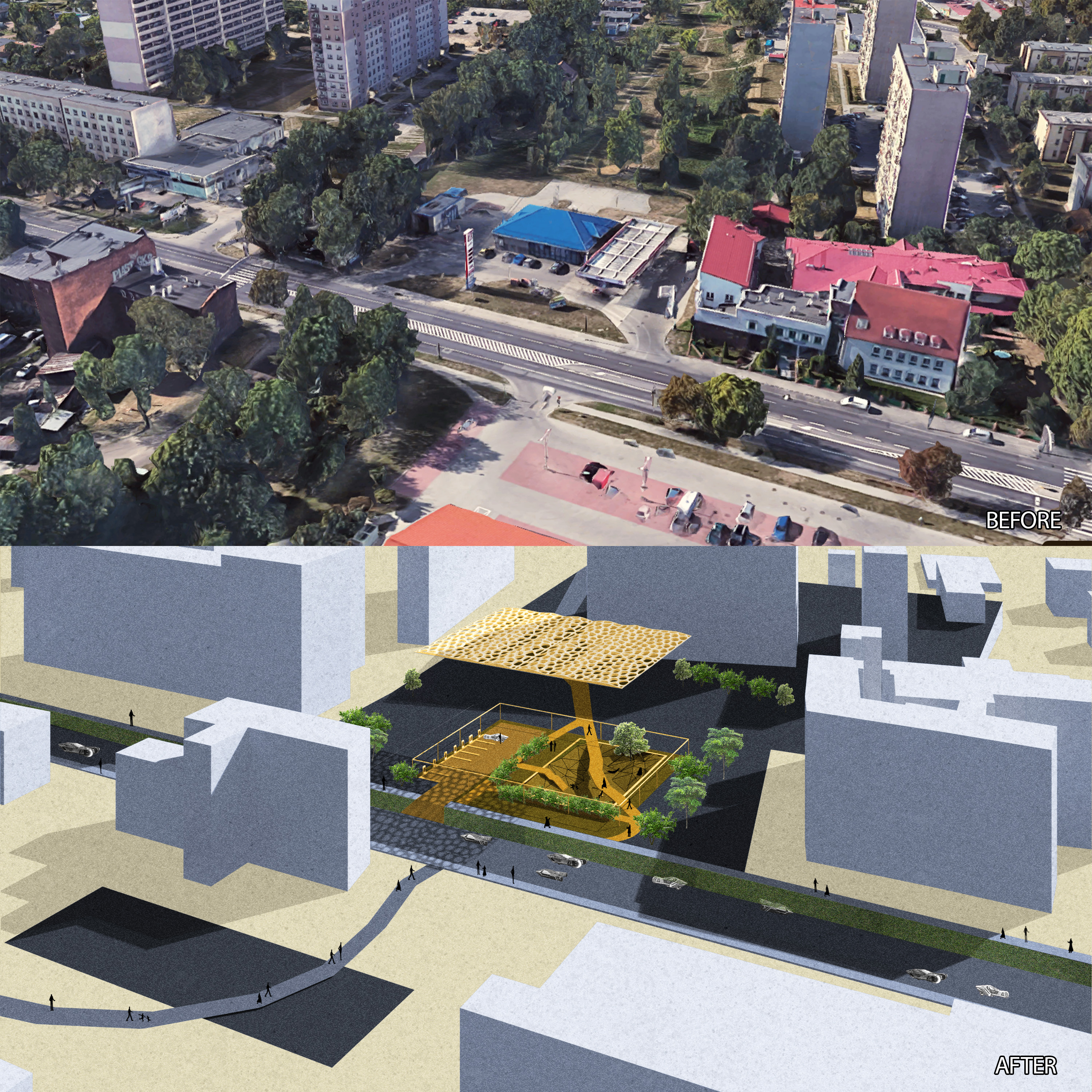 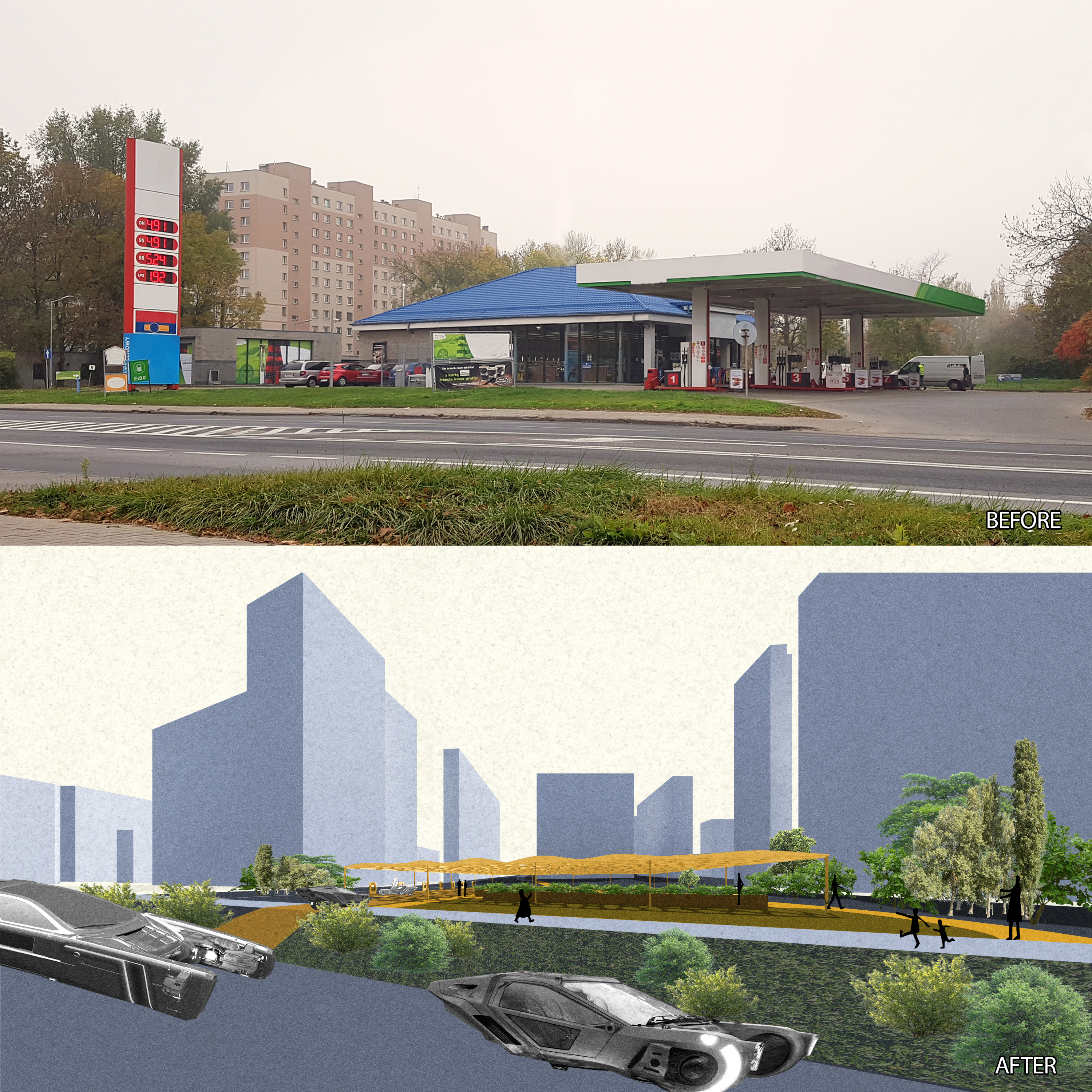 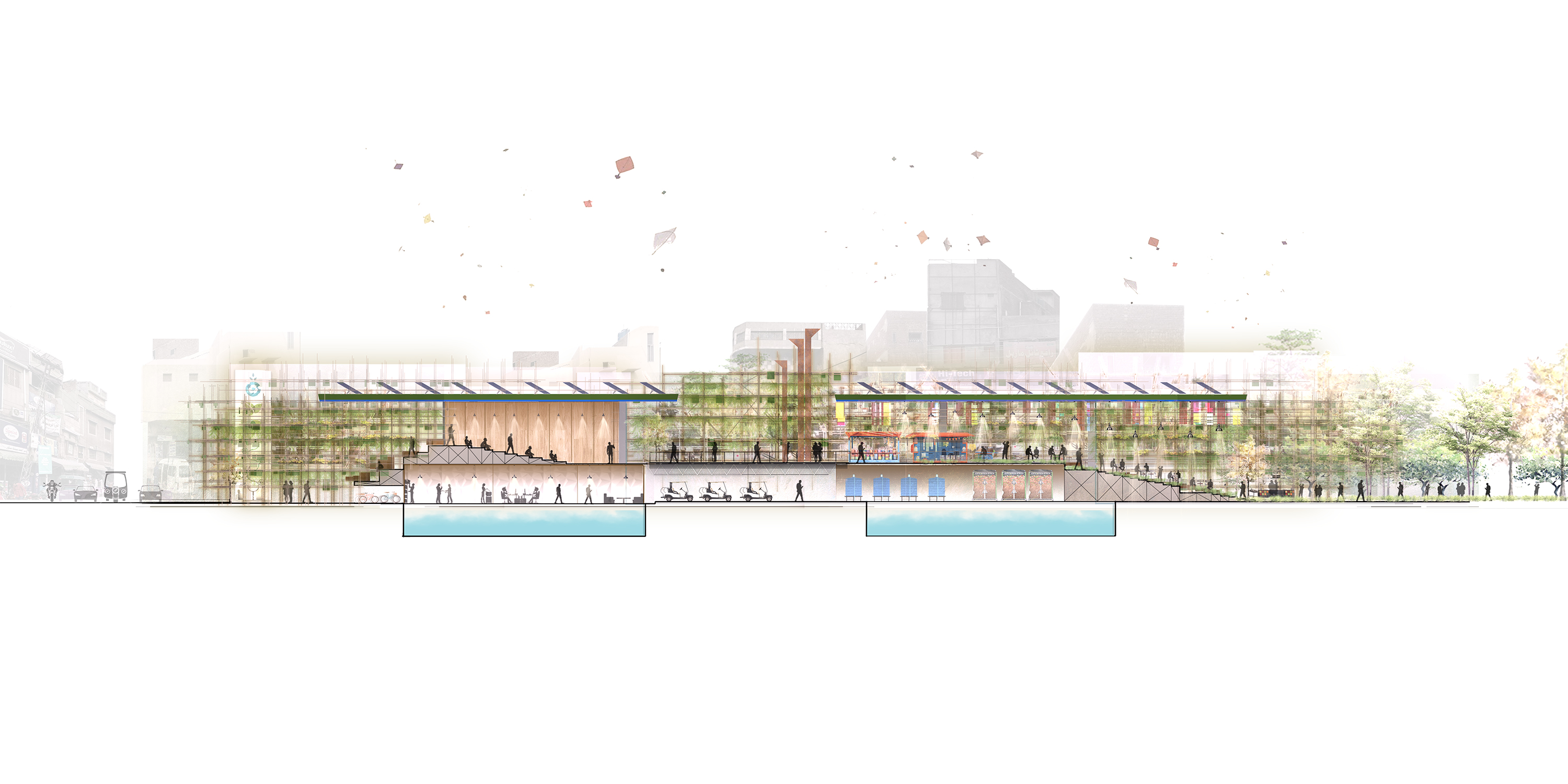 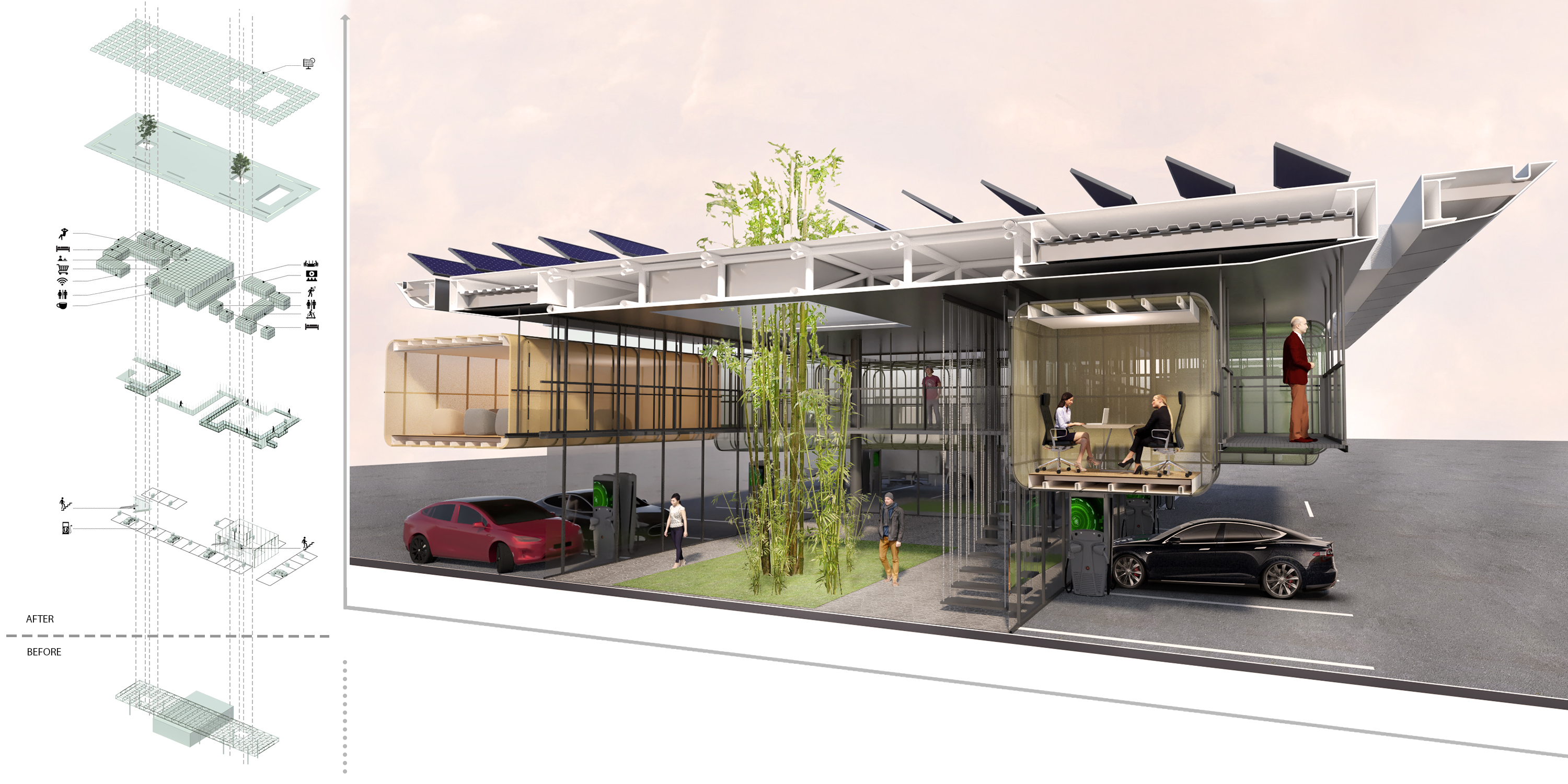 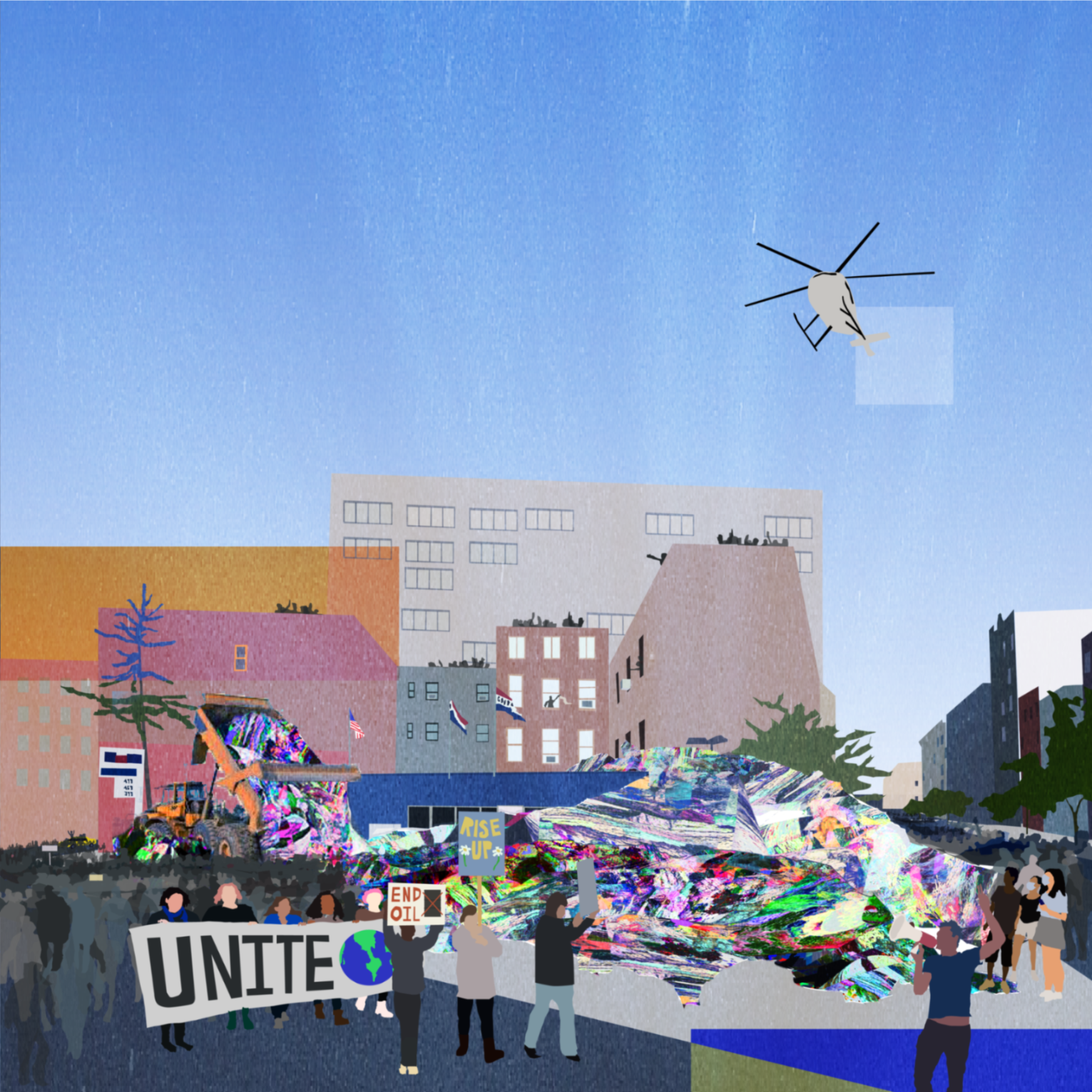 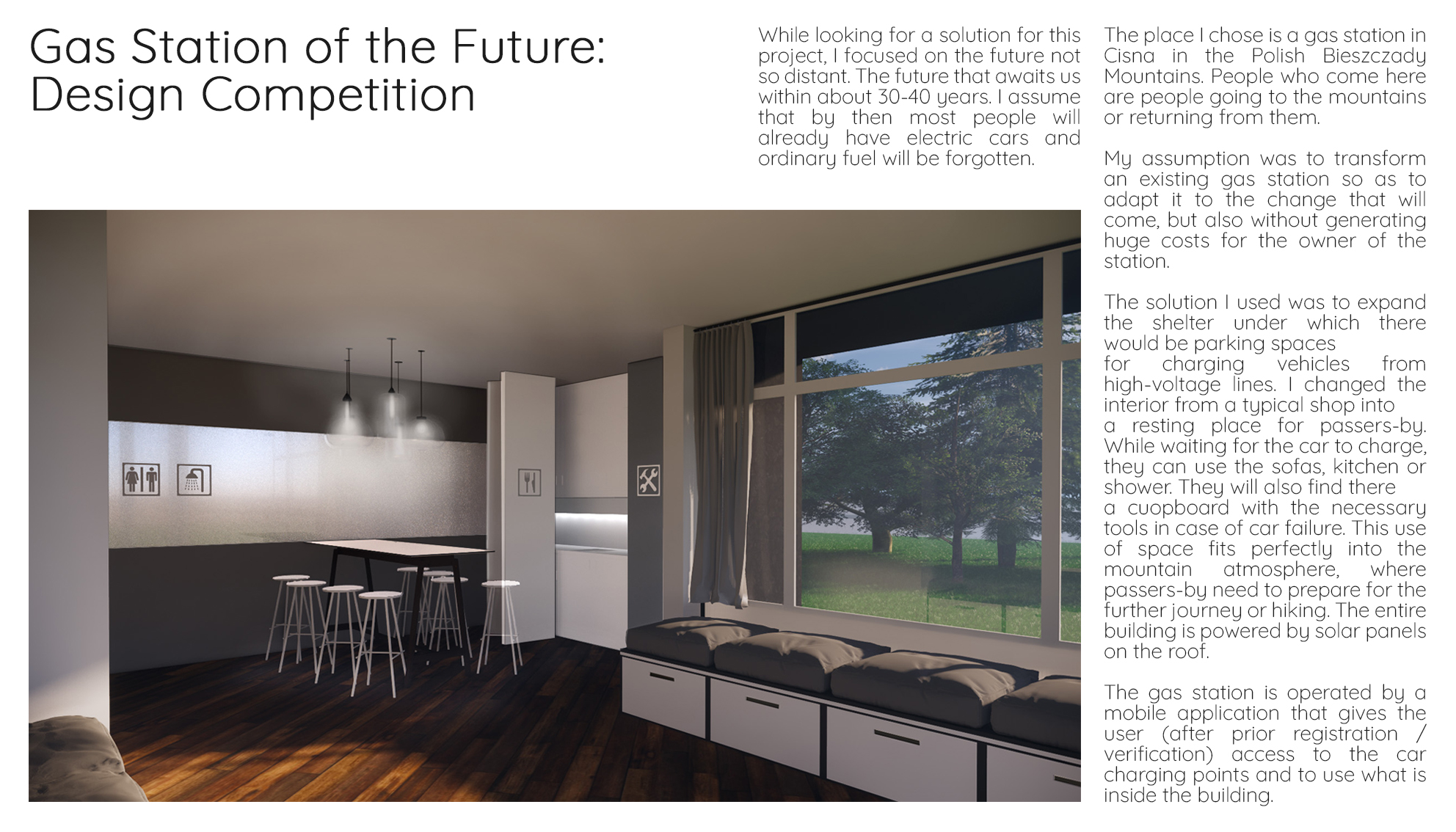 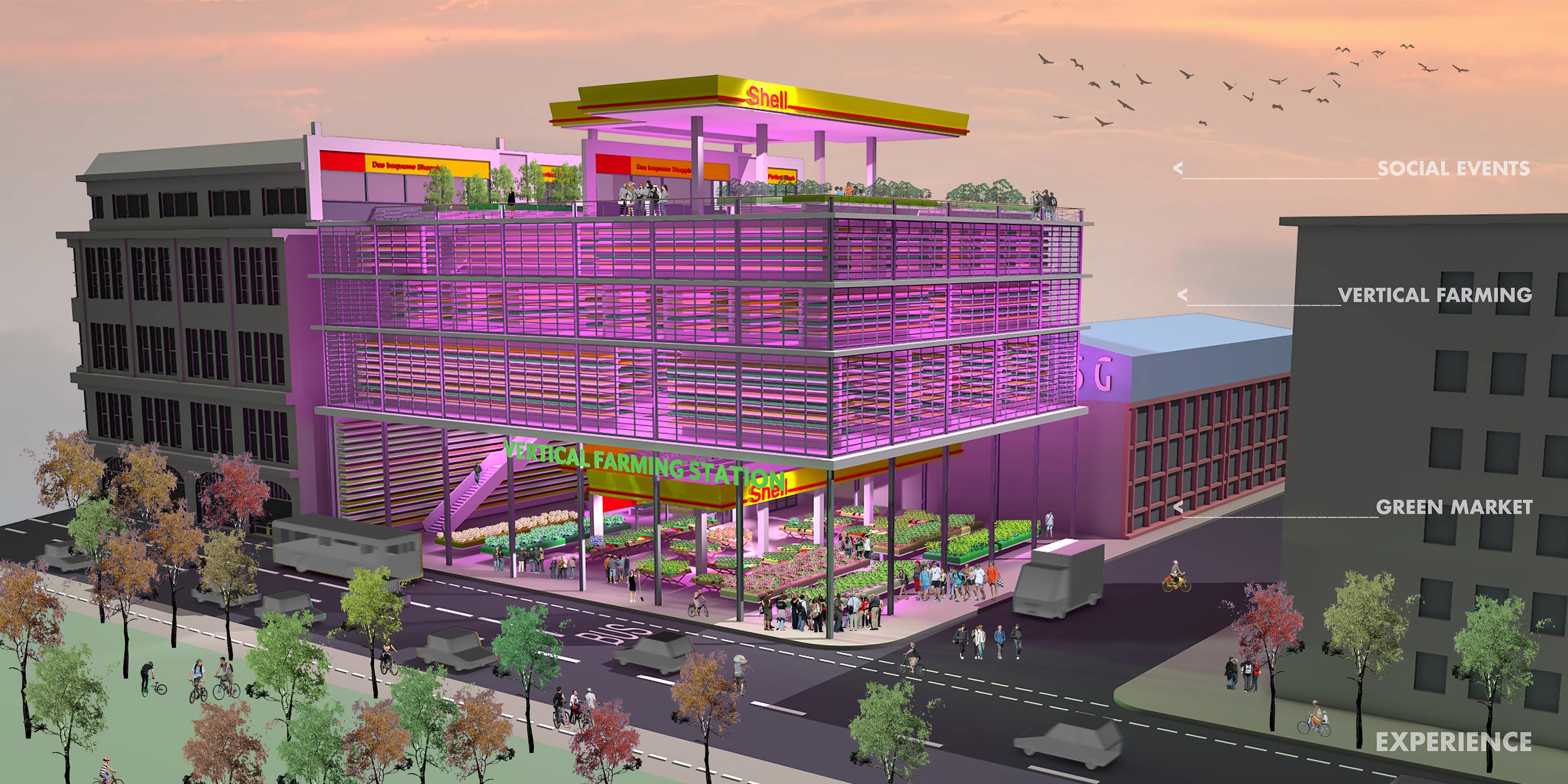