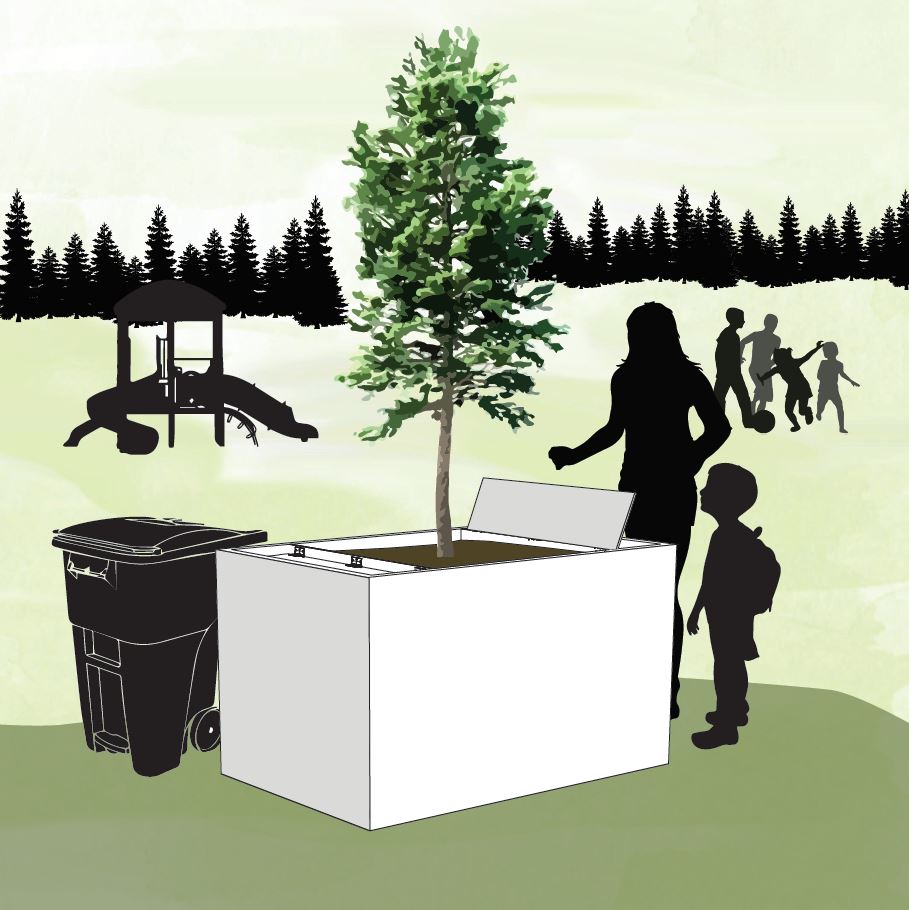 This design for a tree planter attempts to solve the issue of the lack of urban trees in cities, as well as the excess compostable waste which is produced in dense cities. Both of which prose a threat to the quality of life for the urban dweller, as well as the well-being of the environment. As cities become more dense, more waste and more carbon dioxide is being produced. We can combat the amount of waste being created and the amount of carbon dioxide being released by utilizing mother nature’s processes. This planter takes advantage of the process of vermiculture; in order to break down compostable food waste from the public into healthy fertile soil, which will encourage the healthy growth of the trees and other plants in the planter. This tree will then provide oxygen and shade for the public, while educating the younger generation on how to compost. The planter consists of a main growing area and two composting boxes on each side, which are separated from the main growing area by screens that let the worms and their castings through. This will also encourage people to compost their food waste, rather than throwing it away in the garbage.

How will your design encourage more people or cities to grow trees?

This planter design will encourage people and cities to plant more trees in the city since it is a stylish and sustainable way to have compost bins more accessible to the public; to cut down on compostable waste in the garbage; and to teach younger generations about composting. If urban areas had this tree planter to accompany every garbage bin, the city would benefit from all the sustainable assets that trees provide, while cutting down on compostable food waste. 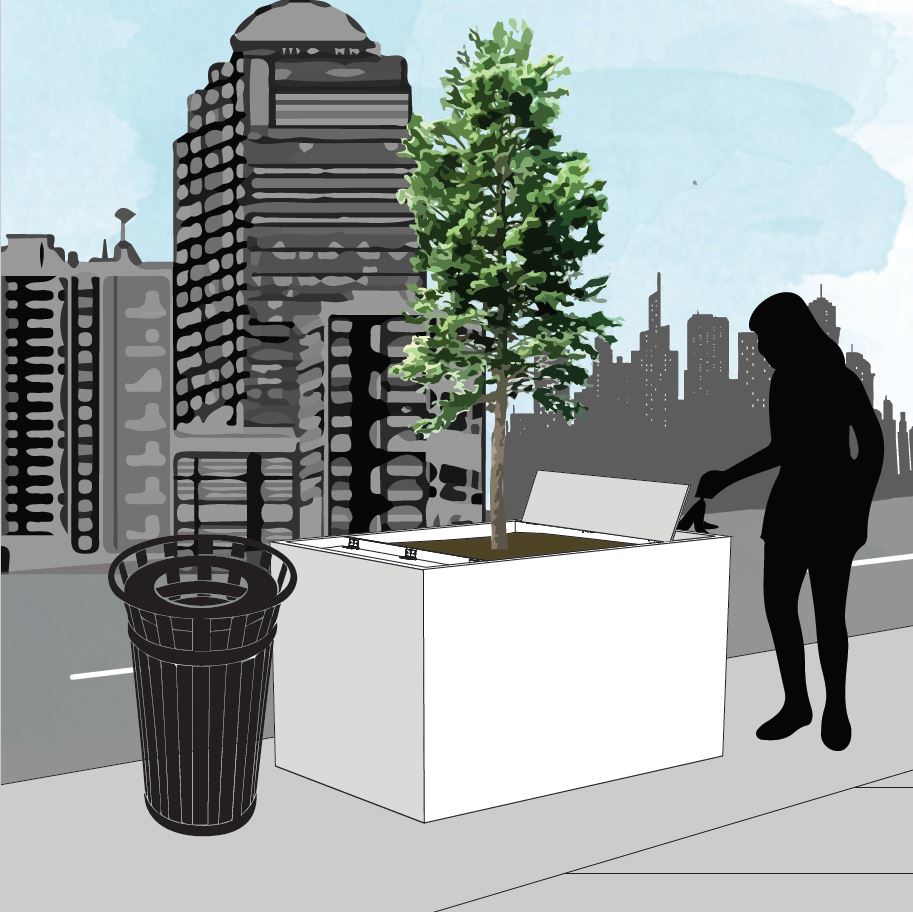 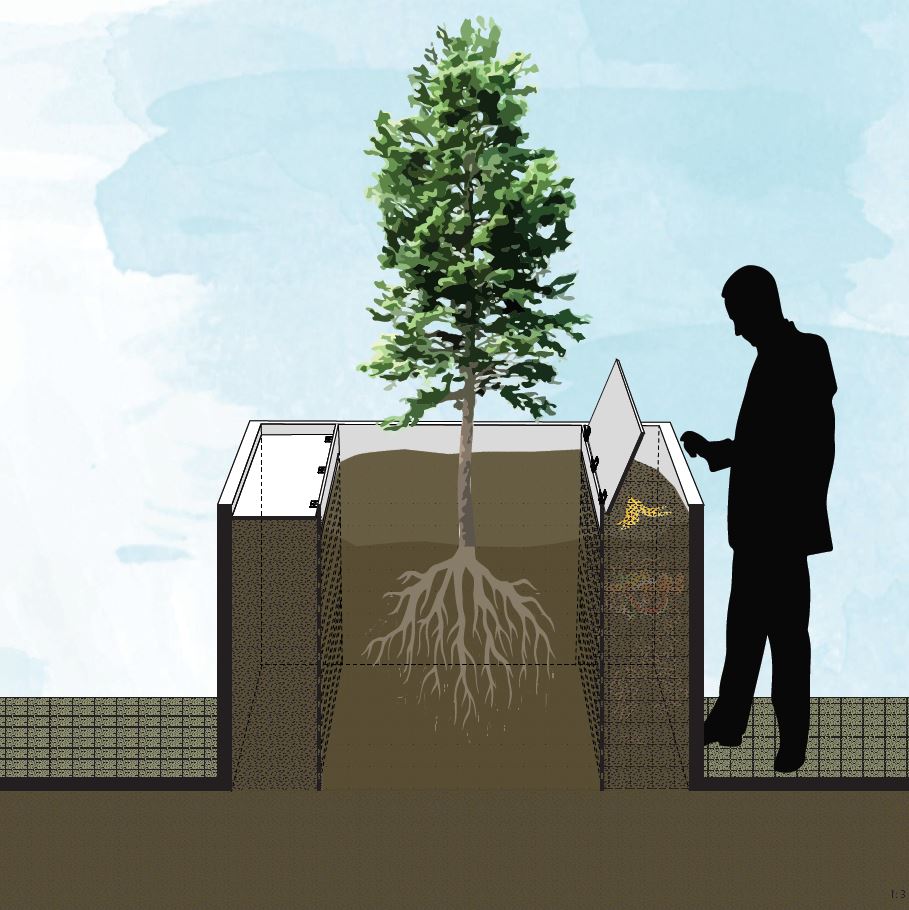 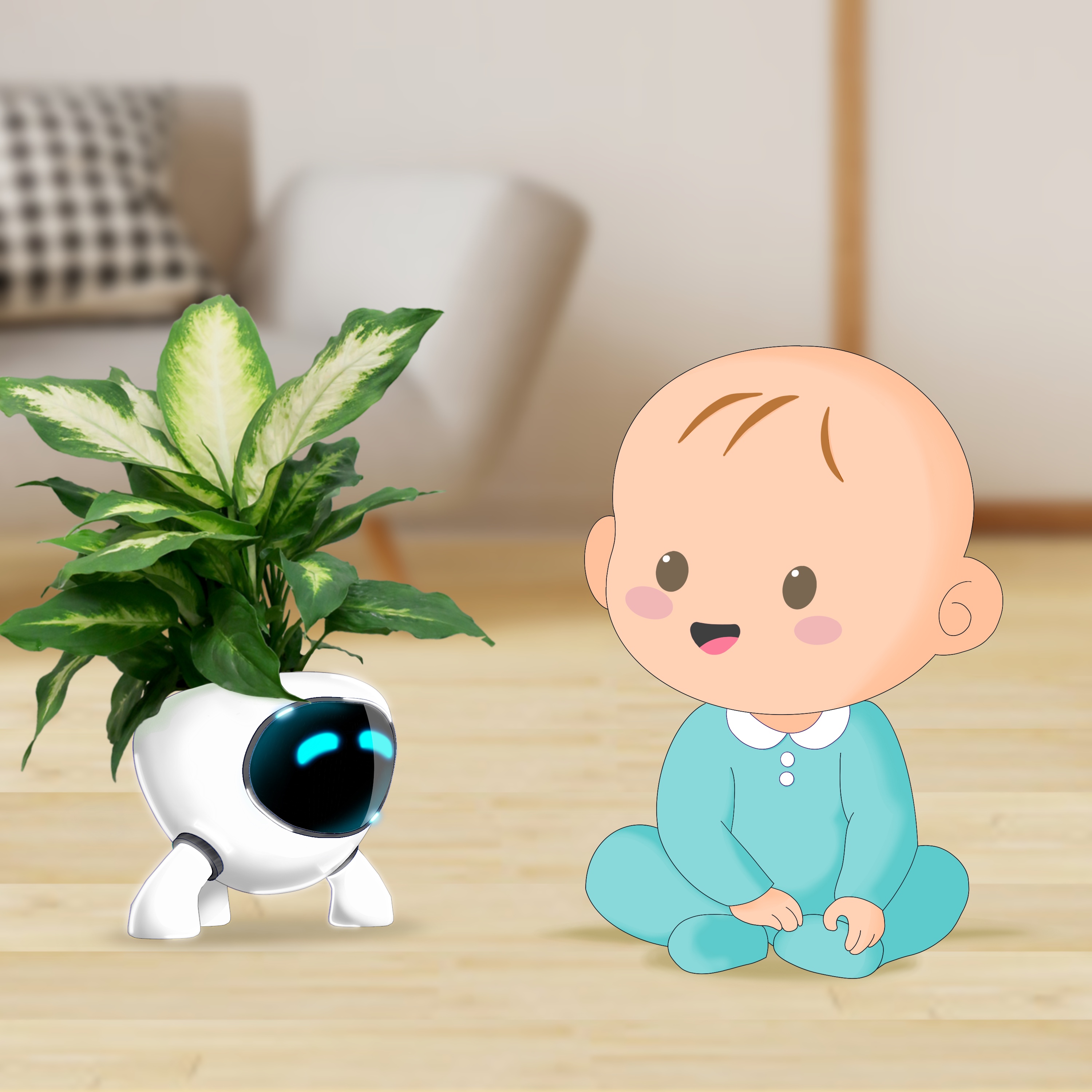 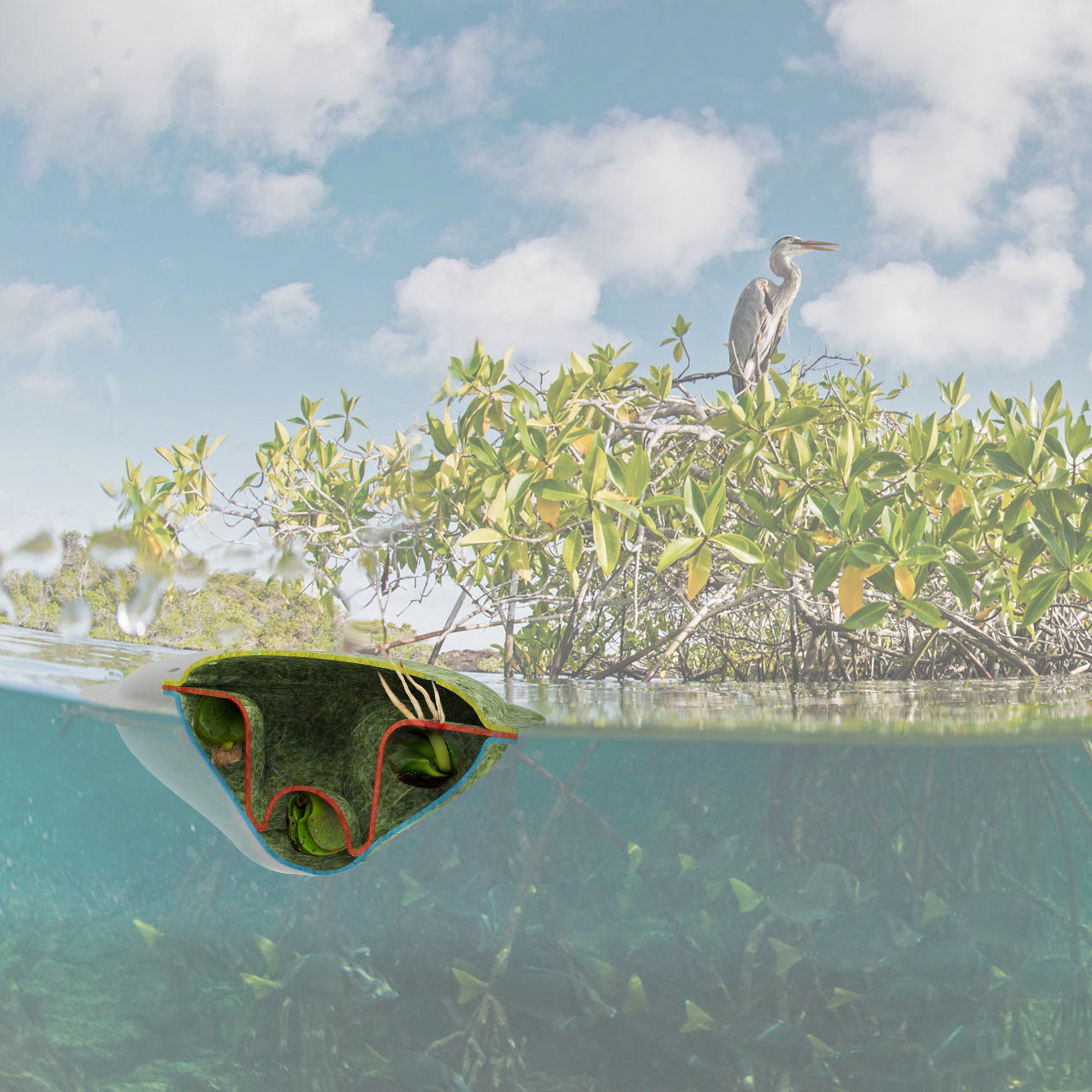 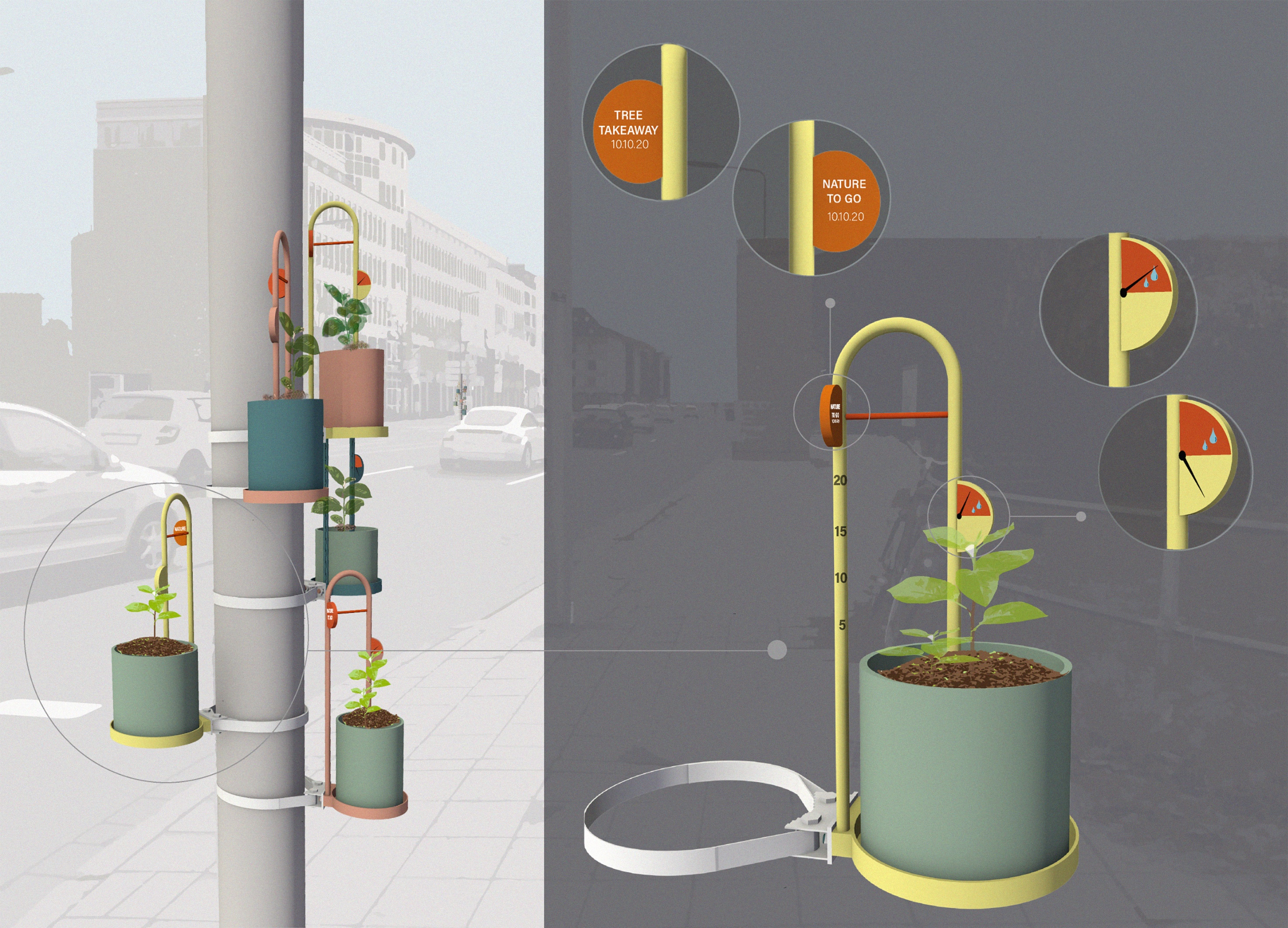 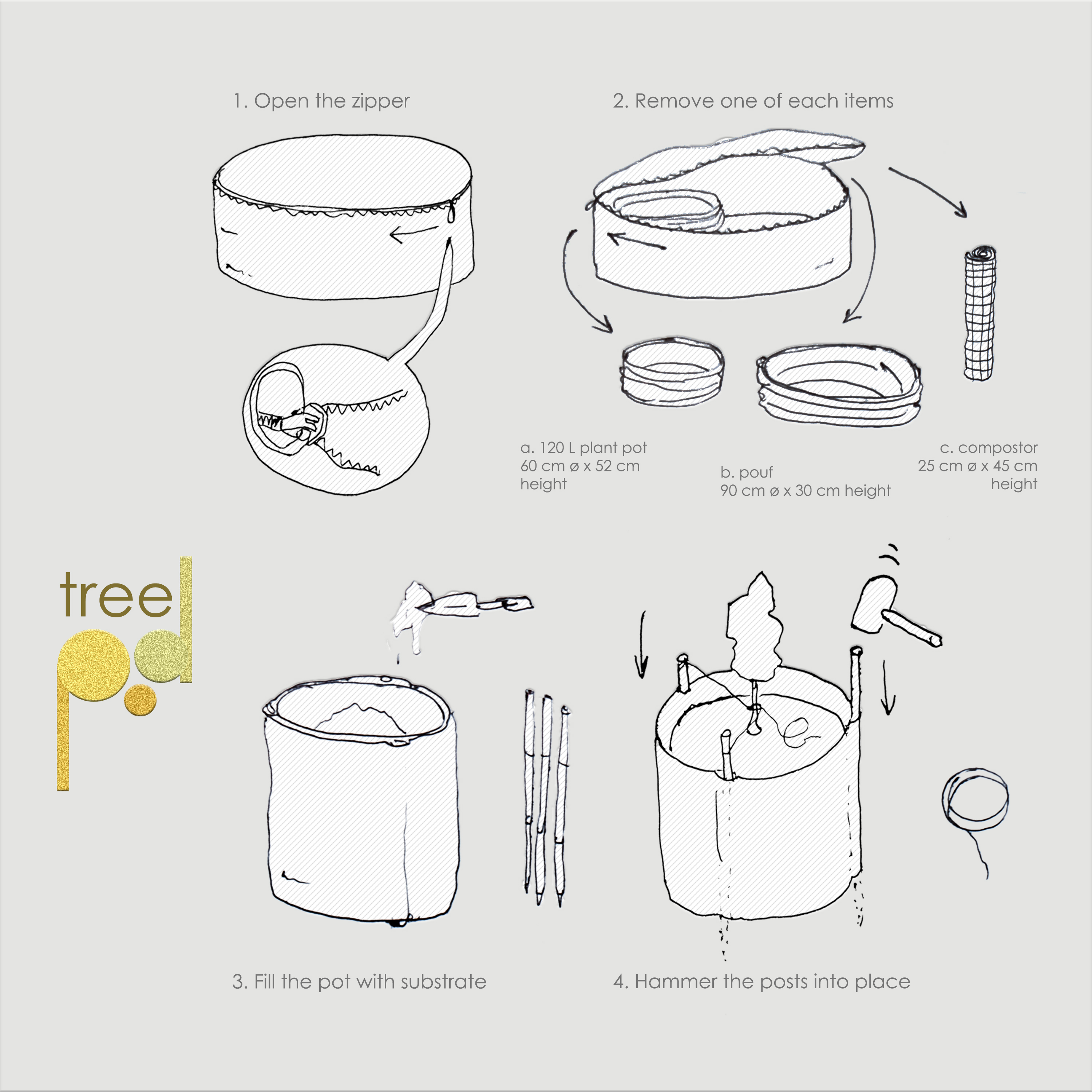 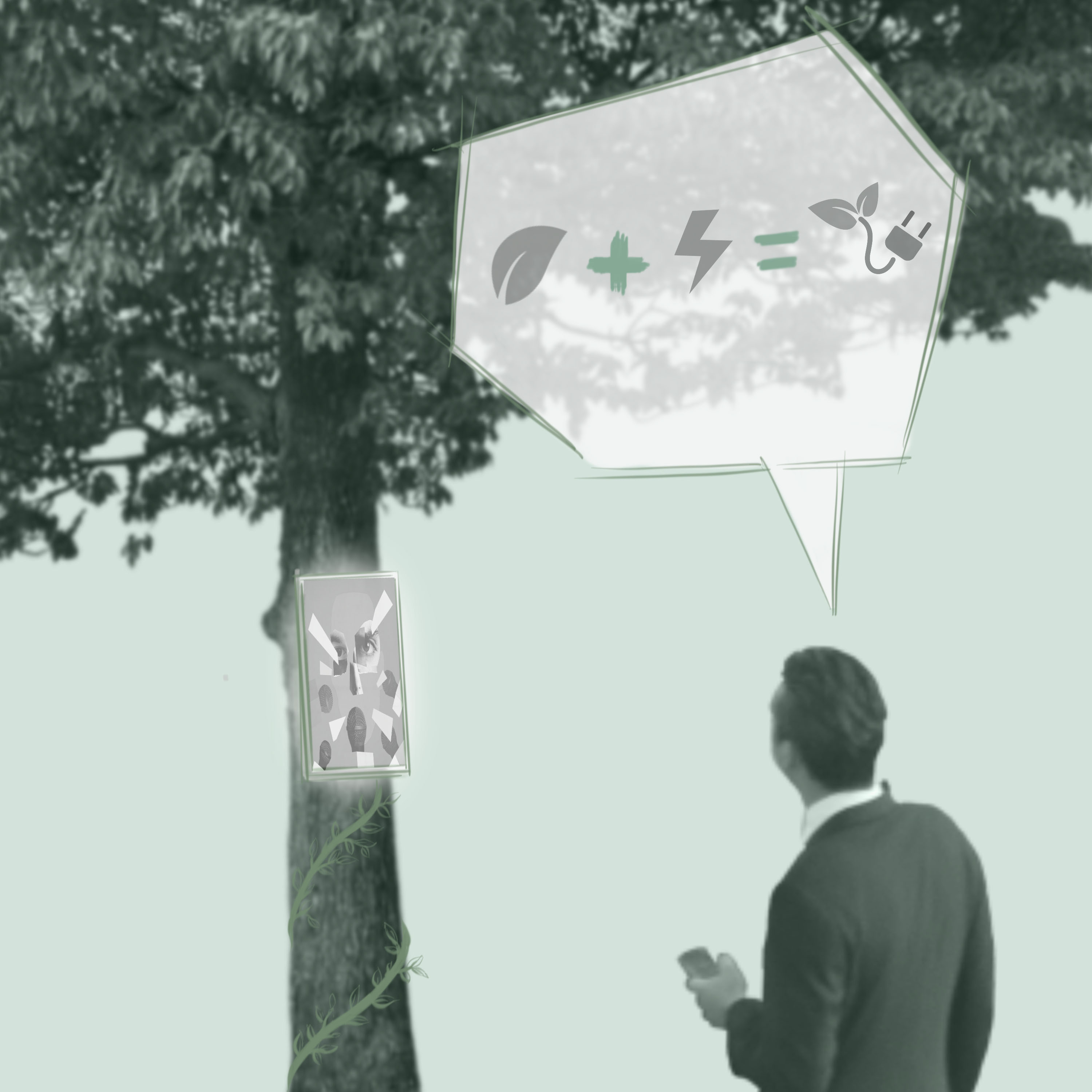 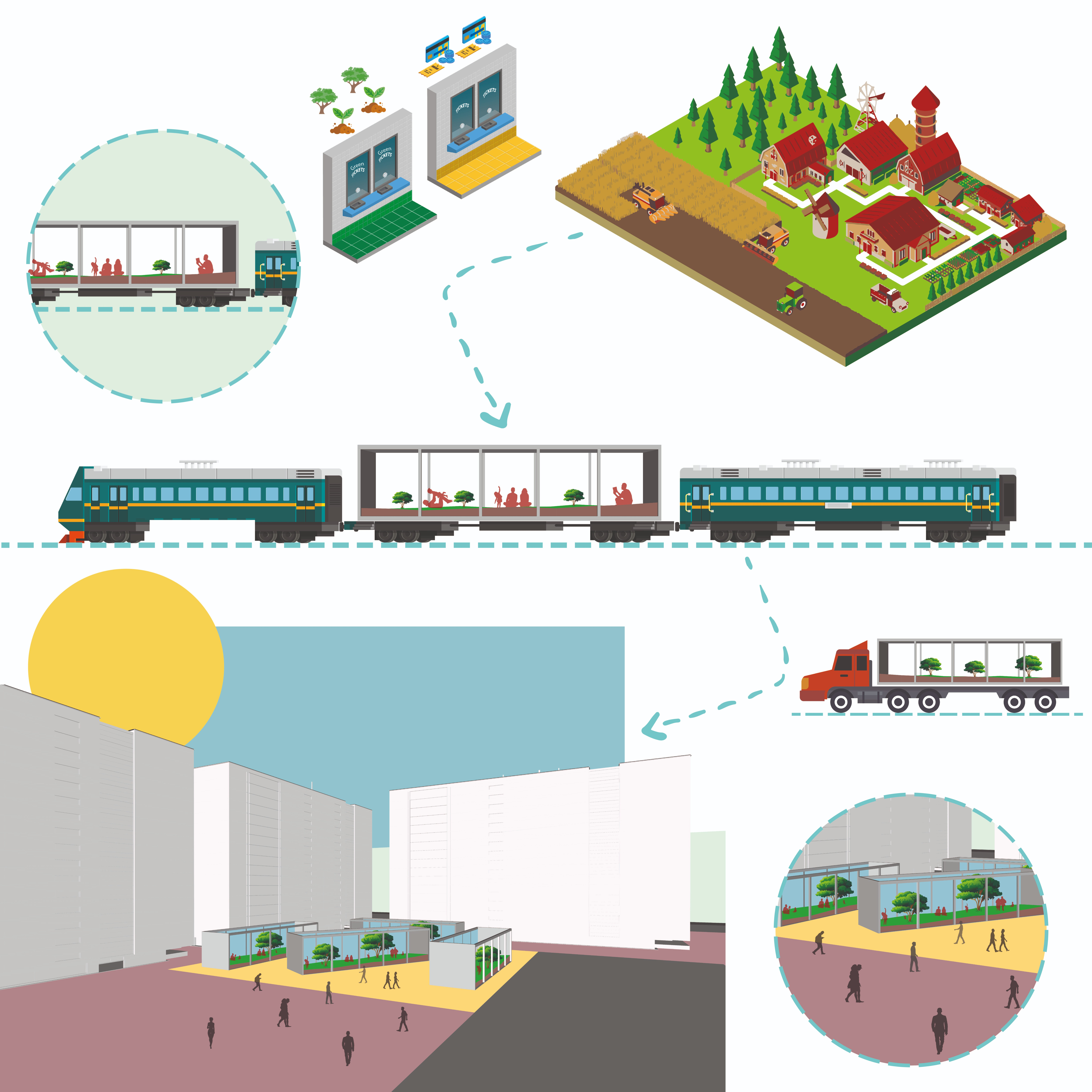 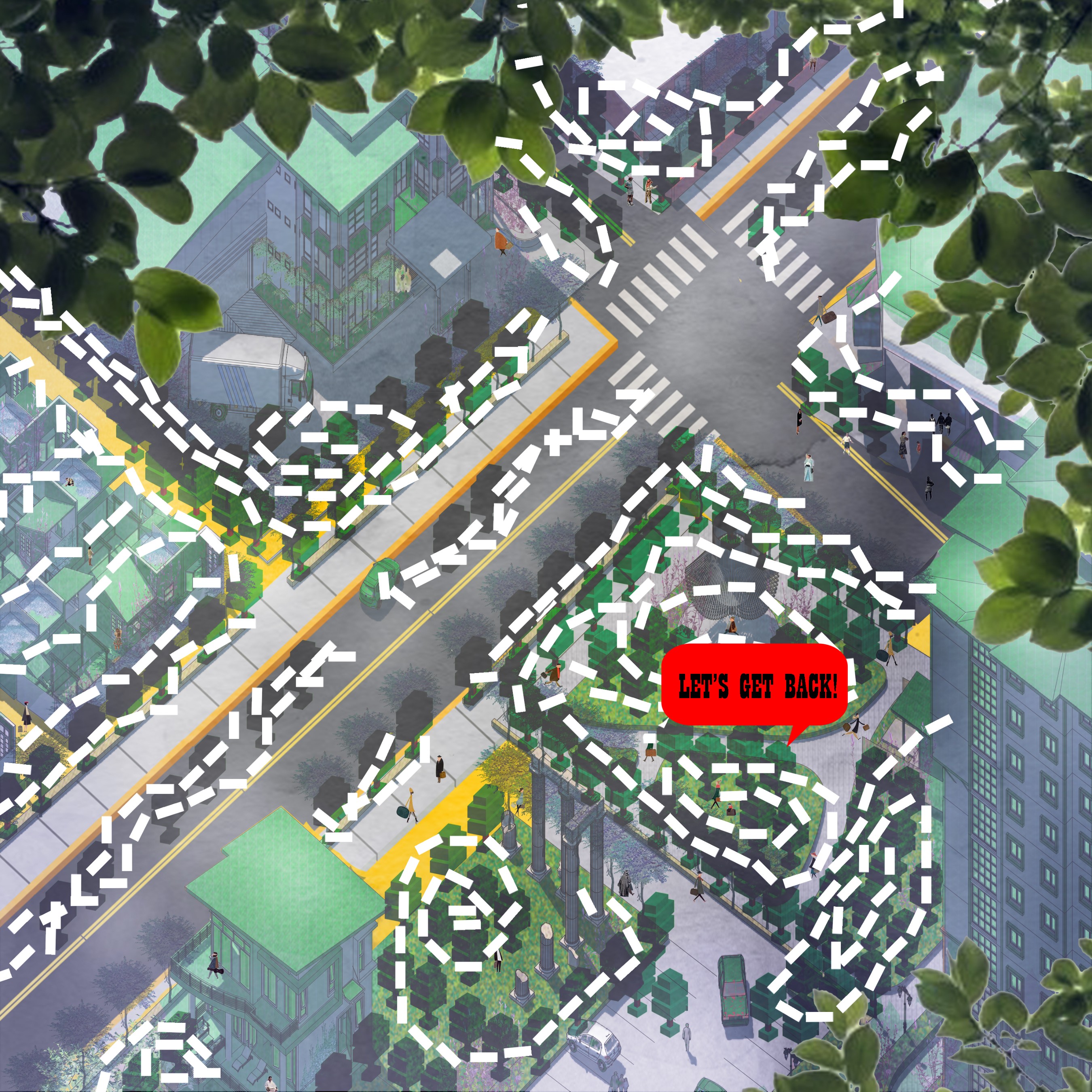 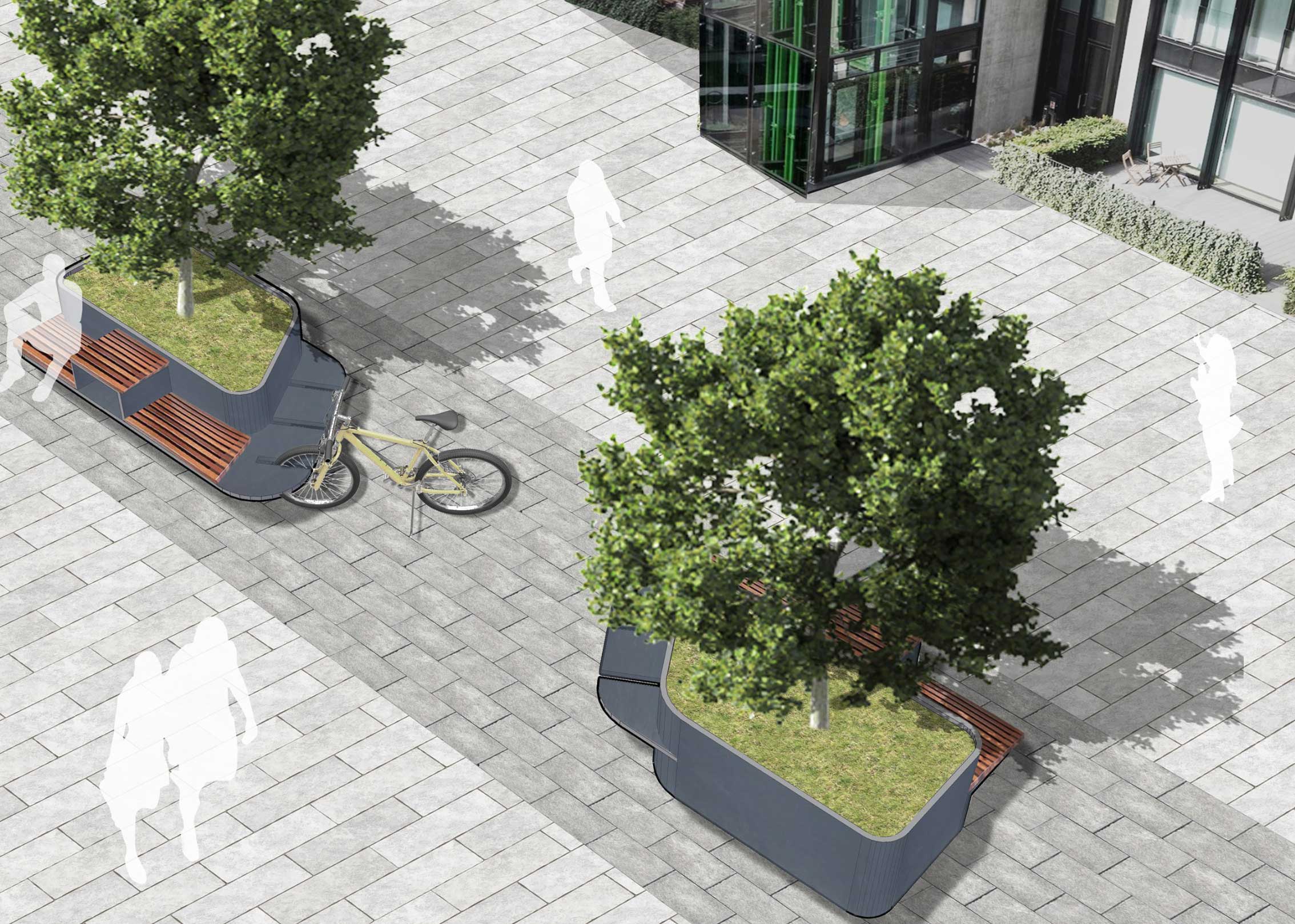 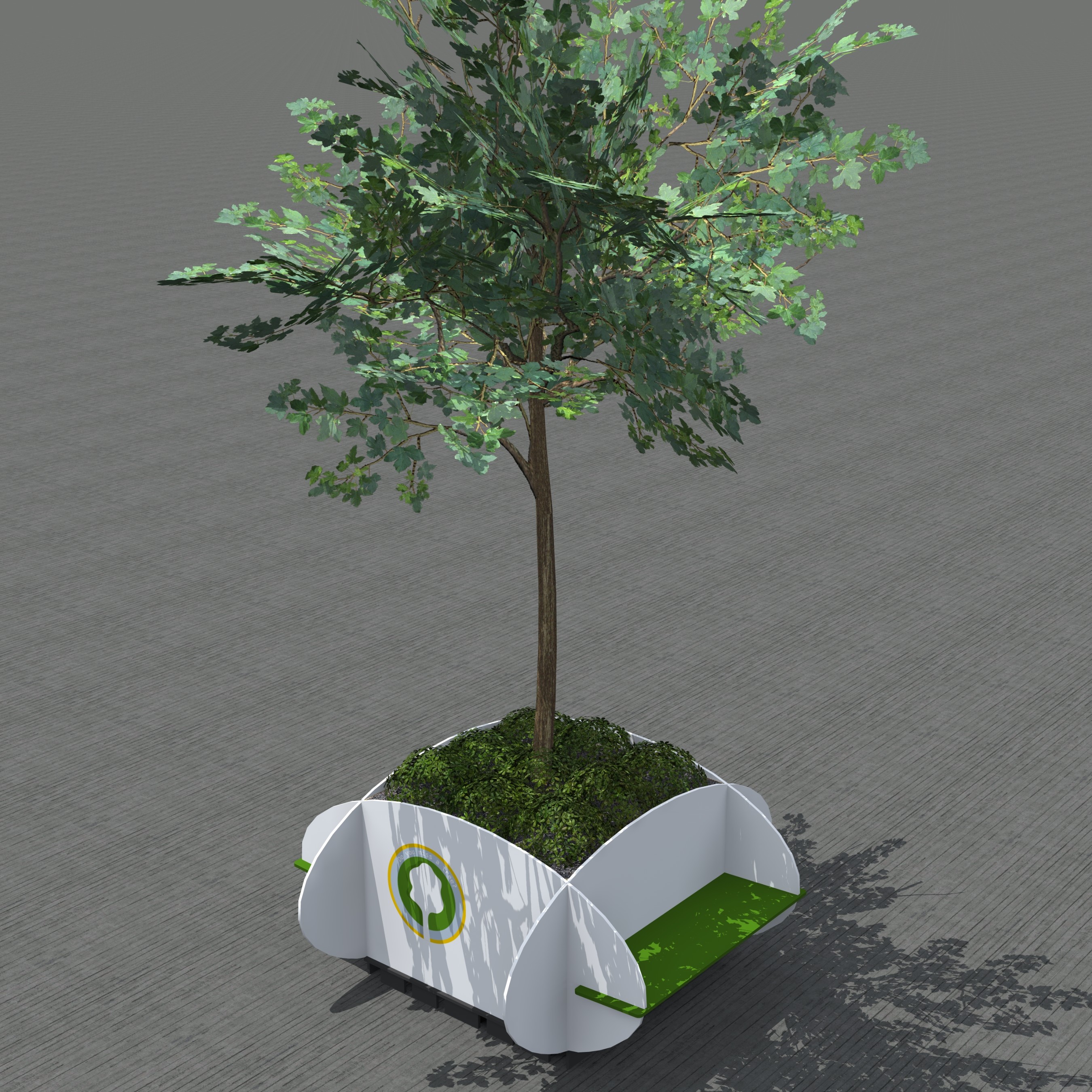