Tasmania, the feral island south of the land down under, the southernmost tip before the Antarctic, a land much left untouched by humans, the future of the gas station should be diverse to cater to the needs and demands of the islanders in the future. The selected gas station is one of a few linking the West to Central Tasmania, thus it is an opportunity to resurrect it to service passing vehicle and explorer of the island.
It is revealed that 1 in 4 Australians report feeling lonely each week and many of Tasmania’s towns are increasingly desolate as populations dwindle thus loneliness and social isolation is an acute issue that needs to be resolved. Thus, this return brief proposes the service station at Chudleigh, west of Tasmania, as the nucleus to connect people scattered across nearby towns.
Given its prime location at the border, an intersection in the quaint little town. It is the final pit stop for adventurers and wanderers to stock on supplies and prep themselves before traversing further on.
Besides that, the station will resume its role as a recharging and refuelling station for vehicles. Supplying diverse ranges of fuel including but not limited to: electric charging kiosks, hydrogen refuelling, liquid petroleum gas, compressed natural gas and some pumps providing traditional fossil fuel.
As cellular signals on the island is abysmal, one cannot depend upon technology to ensure ones safe passage to a refuelling station. Hence, the most notable feature of the gas station would be a balloon, signalling the whereabouts of the station for internet deprived travellers, saving them from being stranded without fuel for their vehicle.
Furthermore, the gas station would serve as a last-mile distribution hub. For its location to bridge the East to West, its location is strategic and vital to transport goods and supplies to the remote Western side of Tasmania. The convex roof structure with skylights, that currently exists at the rear of the station would serve as the warehouse to store goods and distribute them via drones or customers could arrive to the station to collect them.
Refuelling vehicles may be time consuming thus as drivers await the refuelling of their transportations, they could immerse themselves in the local food scene with food trucks serving domestic dishes made with local products to travellers. Benefitting not only the travellers but could serve as an economic benefit for the local community. 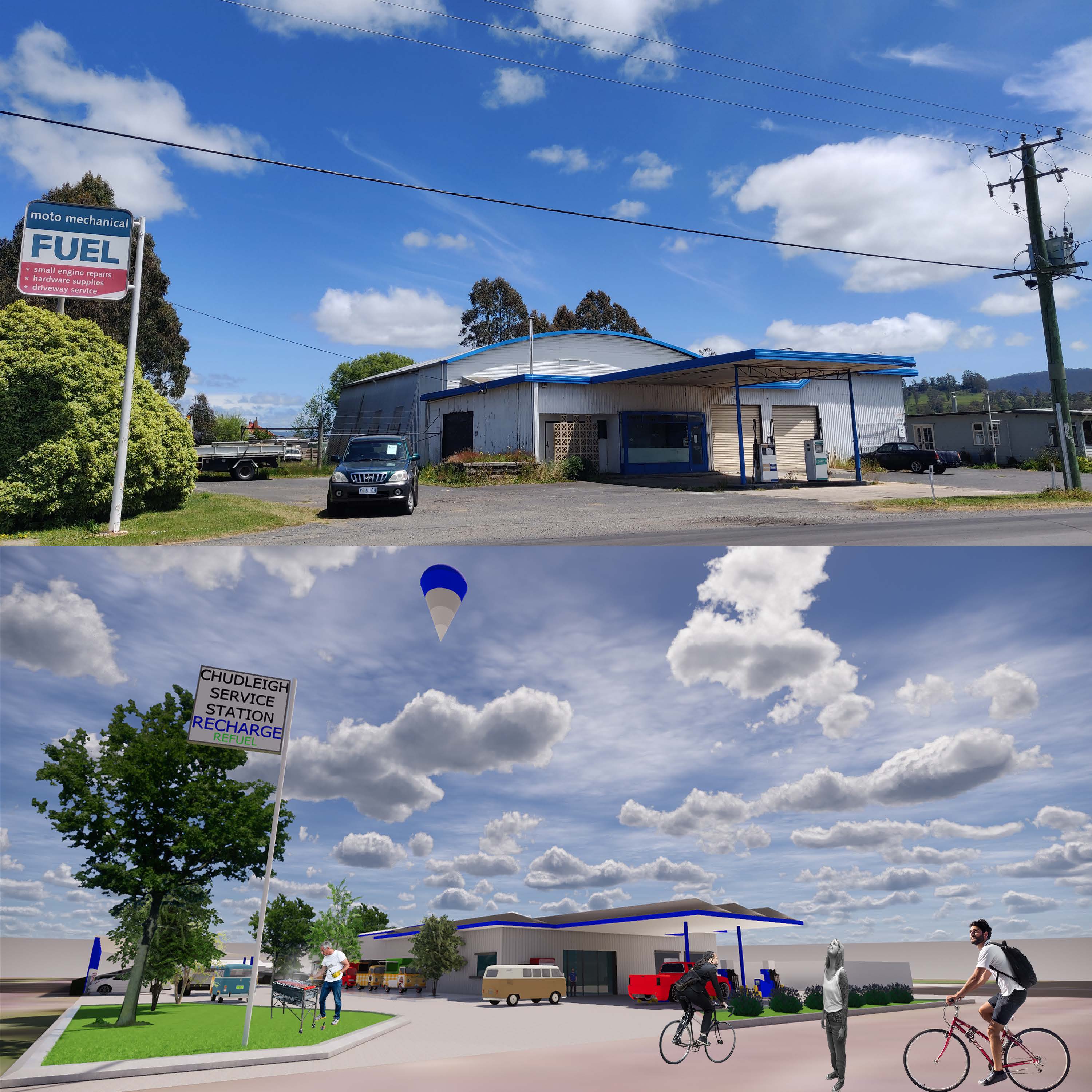 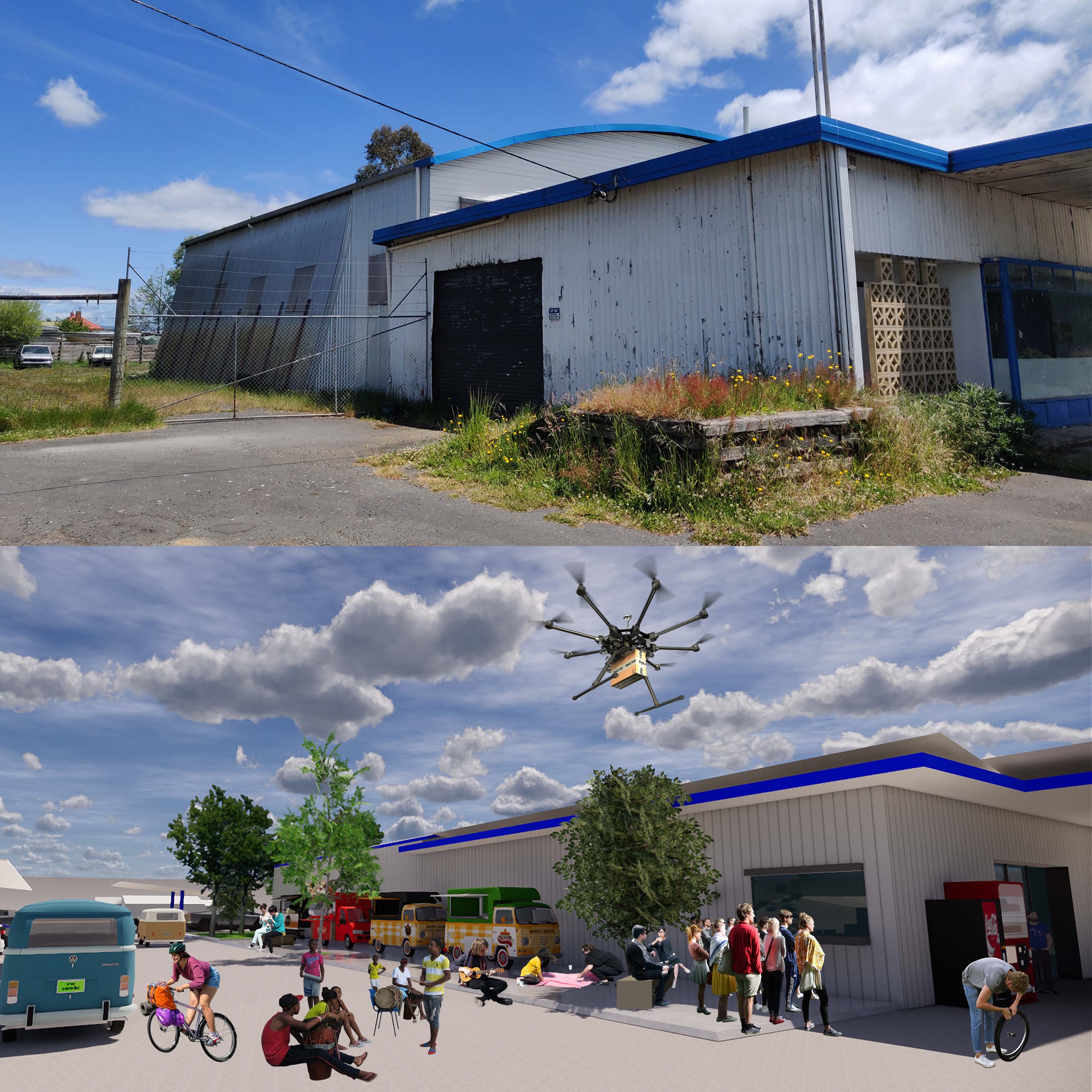 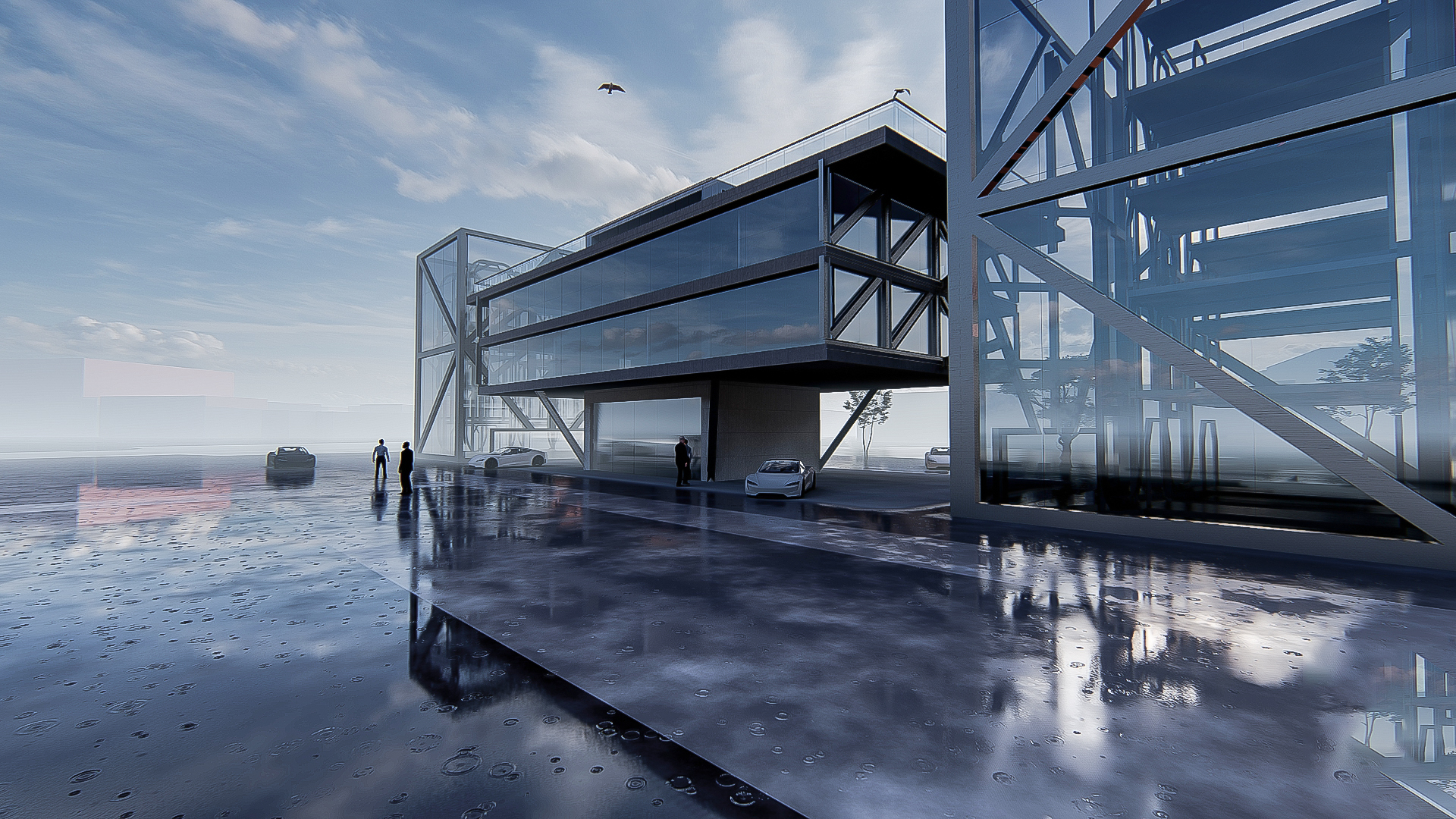 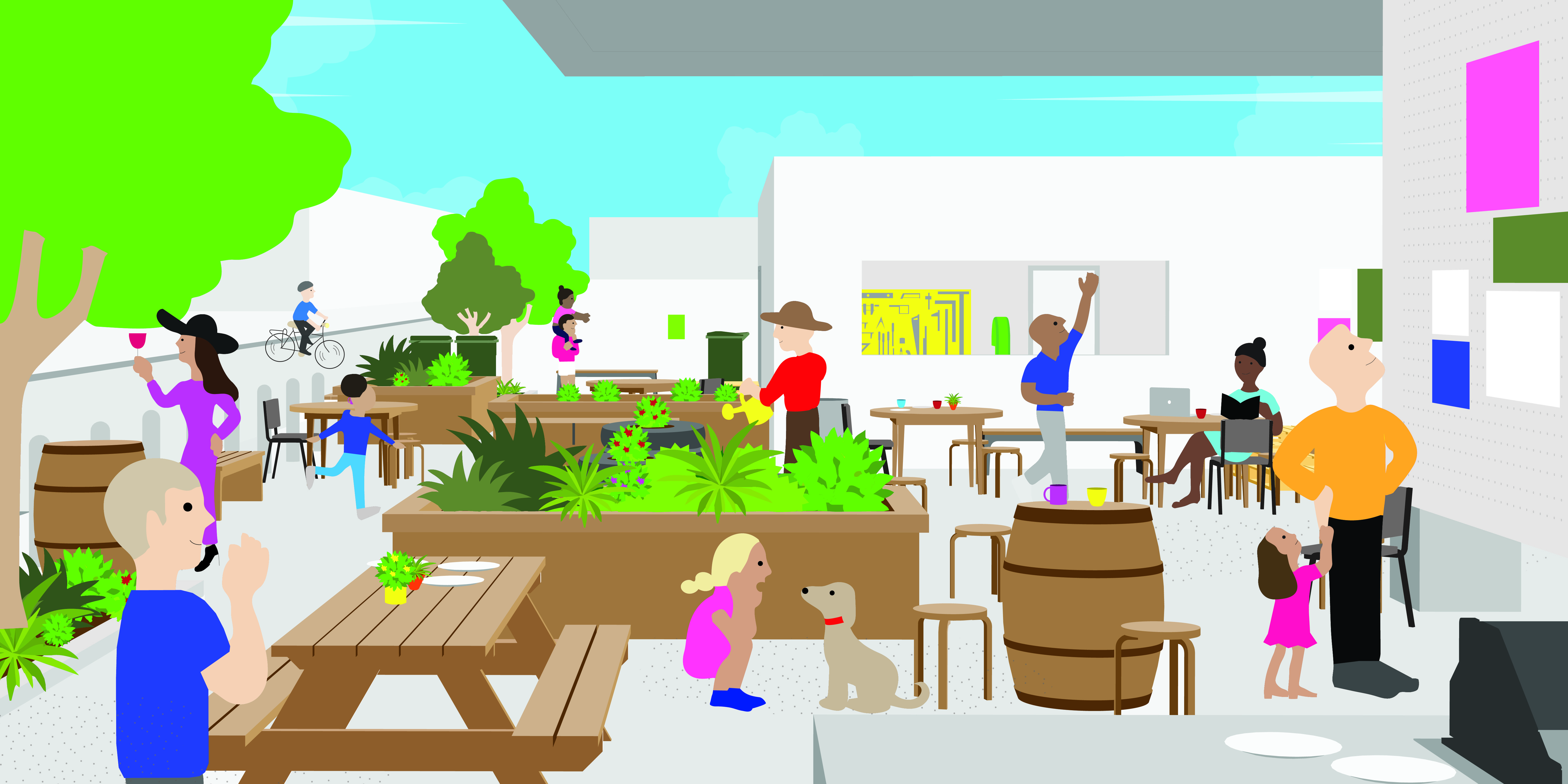 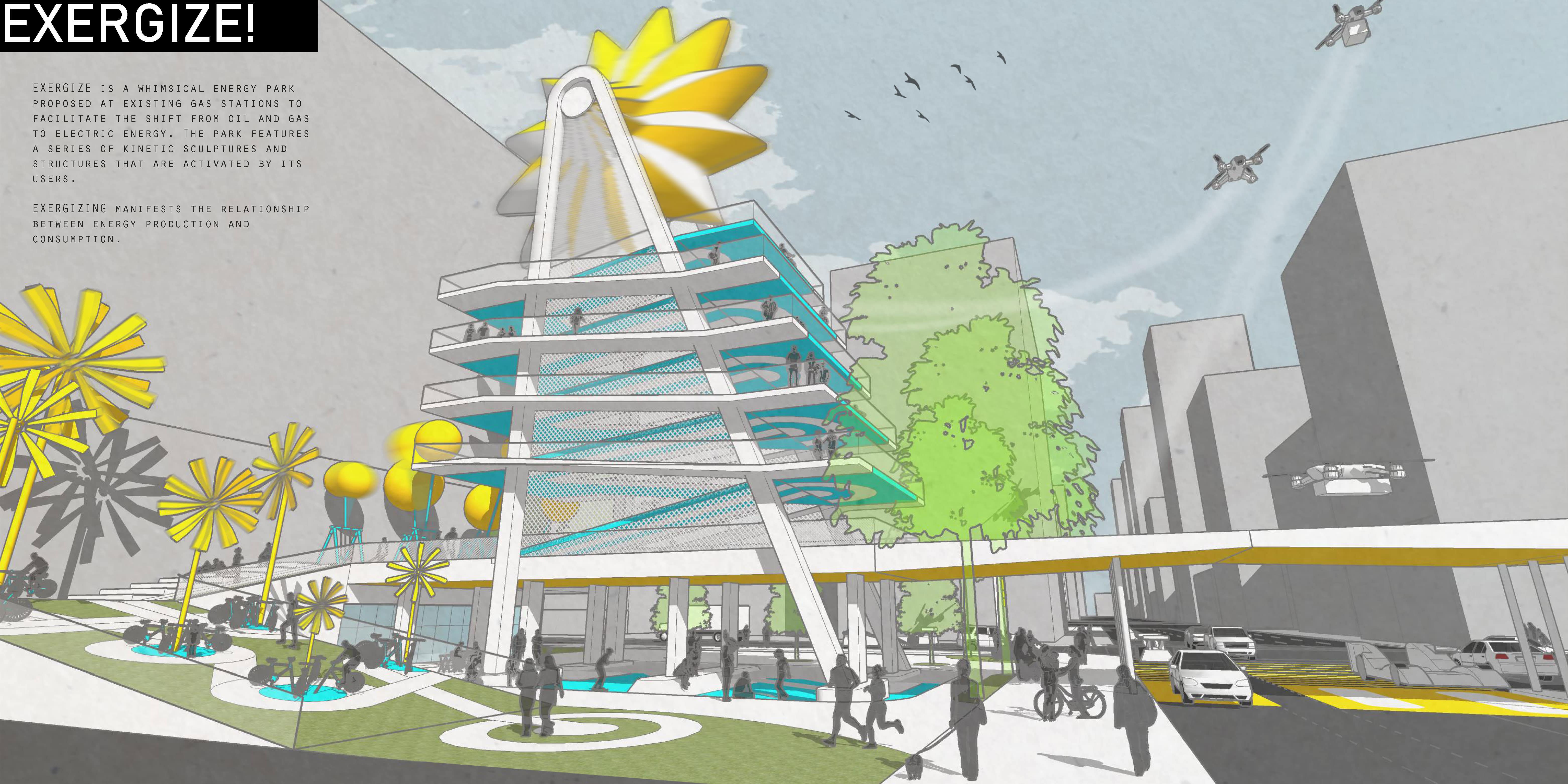 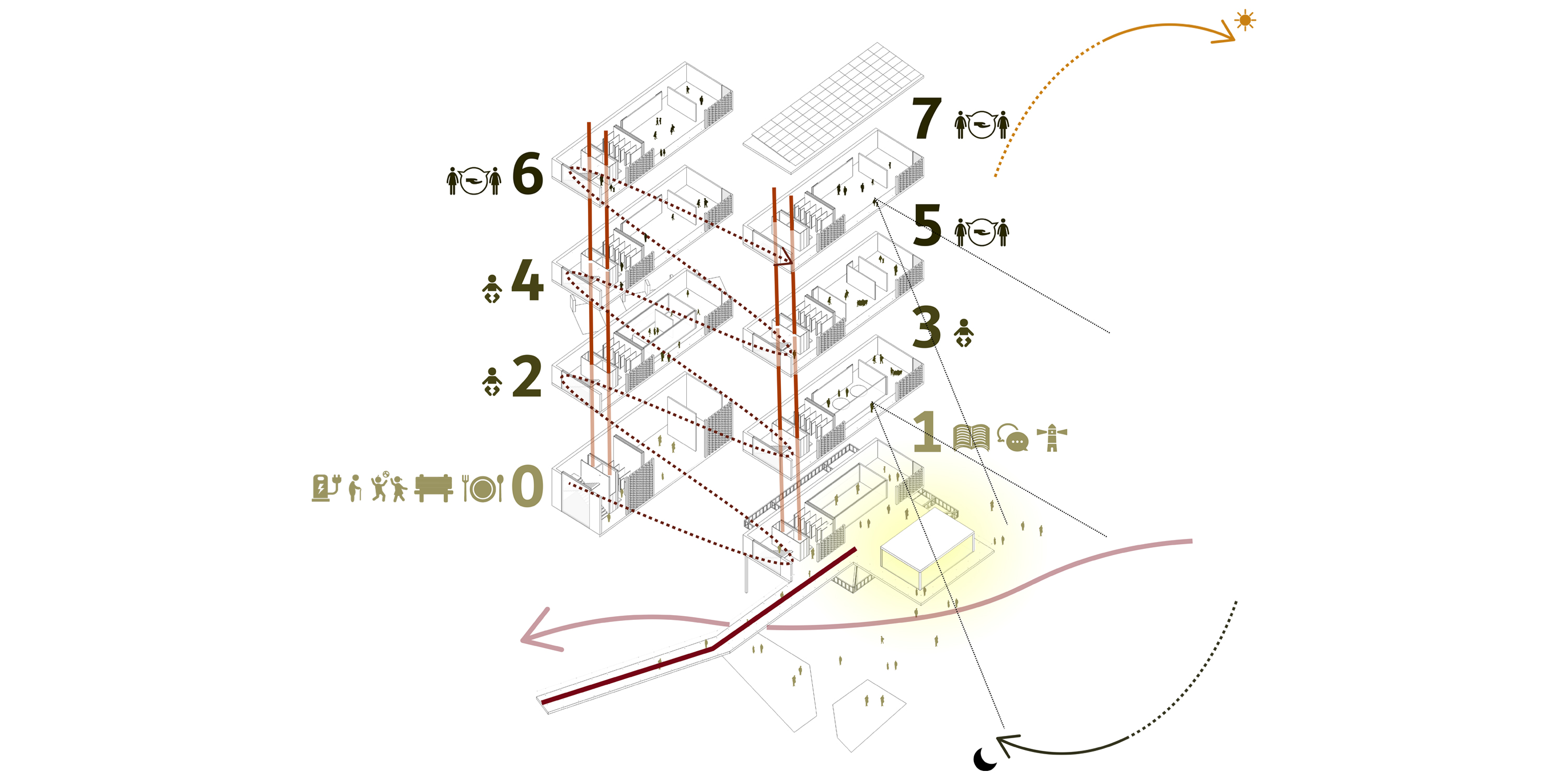