JAKARTA CHINATOWN REVIVAL
(FROM MAY 1998, RIOTS OF INDONESIA)

Some can’t forget, some don’t want to be reminded, some are still afraid, if we recall what happened 22 years ago in Indonesia. Student demonstrations to oppose and urge the government, namely the Soeharto government to step down from their position initially took place peacefully, but gradually the situation became out of control. Looting, riots, arson, sexual harassment, rape, persecution, discrimination, occurs in almost all parts of the country. The victims were people of ethnic Chinese descent. Their shops and houses were burned down by the mobs, women of ethnic Chinese descent were harassed and even raped on the streets, racial riots were happening everywhere. They are considered as one of the causes of social inequality and also economic inequality in Indonesia.

98' tragedy can still be felt to this day, both on the bodies of the survivors, both in the hearts of the families of victims, both physically from the city of Jakarta. Especially in the Glodok area, the Chinatown and the center of ethnic Chinese people living and trading in Jakarta. The arson and looting actions 22 years ago, transformed the Glodok area, both in terms of architecture which changed the way people of Chinese ethnic descent lived, such as the use of security trellises. However, there are also many houses and shops that have been abandoned by the owners to this day. What if we gave the Glodok area a place to reminisce, feel the past, rise to the present, and look optimistically into the future?

The world's doubts about the future of the Glodok area in Jakarta, which were reviewed by a well-known newspaper, the Guardian. The Jakarta Chinatown Revival project is the answer. This project doesn’t require redevelopment, but adds value to the area. The Adaptive Re-Use system is applied to abandoned buildings, by adding an element of connectivity between one empty building to another, and by redesigning: arcade, rooftop, and program functions. Jakarta Chinatown Revival becomes a "historical journey" that brings us to every story that can be felt in real time, by redefining the meaning of "museum". The area also designed to be open for 24 hours, and responds to the future planning, namely the presence of MRT phase II lines and stations in Indonesia which are expected to be completed in 2027 into the design context.

Through the Adaptive Re-Use approach, it can make Glodok area become respected again, for ethnic Chinese people, and other ethnic groups. A place, where history becomes a lesson, that Indonesia can live side by side, by Indonesia's motto, Bhinneka Tunggal Ika (diversity remains one thing). Jakarta Chinatown Revival, isn’t only a symbol of unity, it can awaken the economy, society, culture, for those around. It also becomes the center for justice fighters in Indonesia such as TGPF 98, Komnas HAM, Komnas Perempuan, KONTRAS, etc. It is also a reminder to the government that this case is still a mystery to this day. 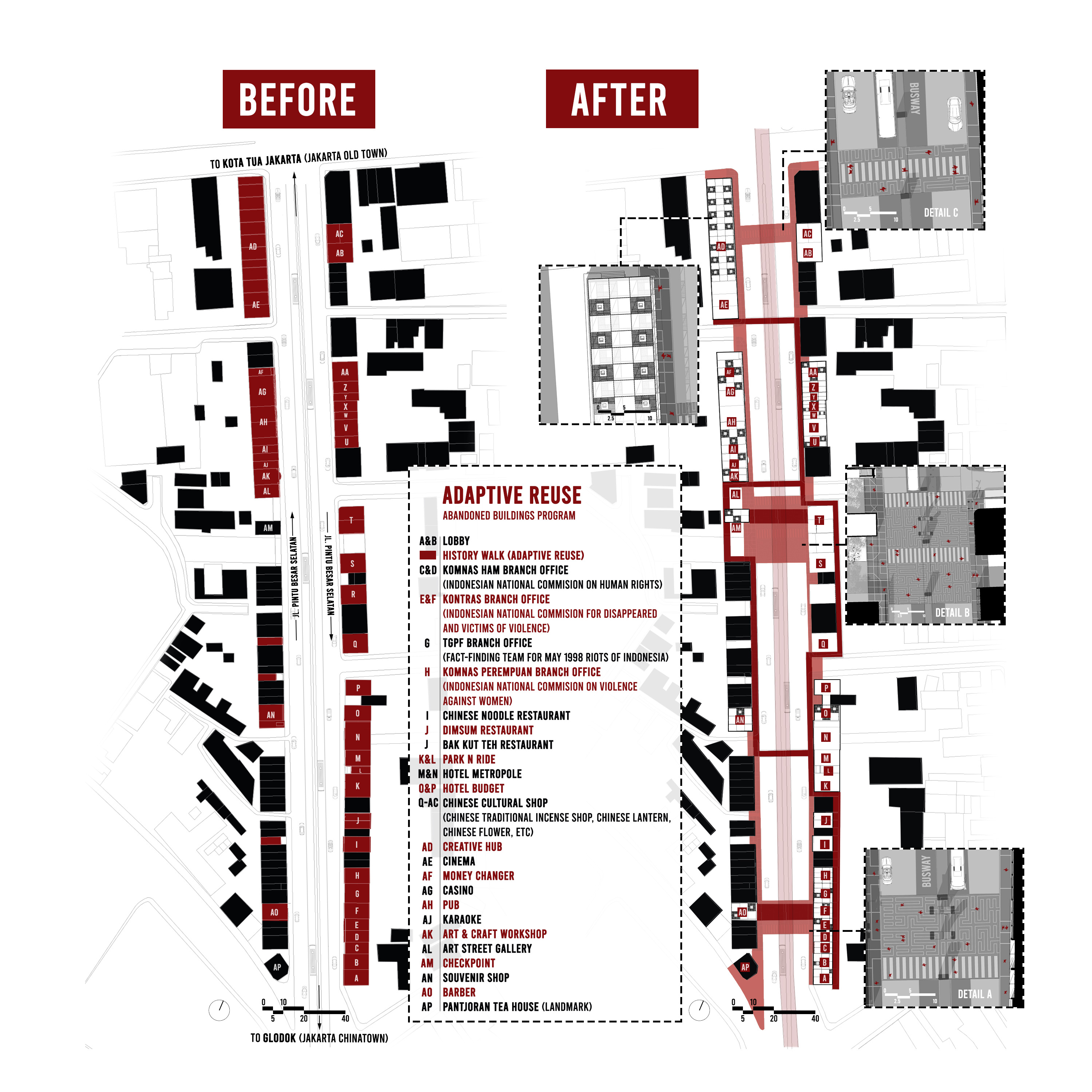 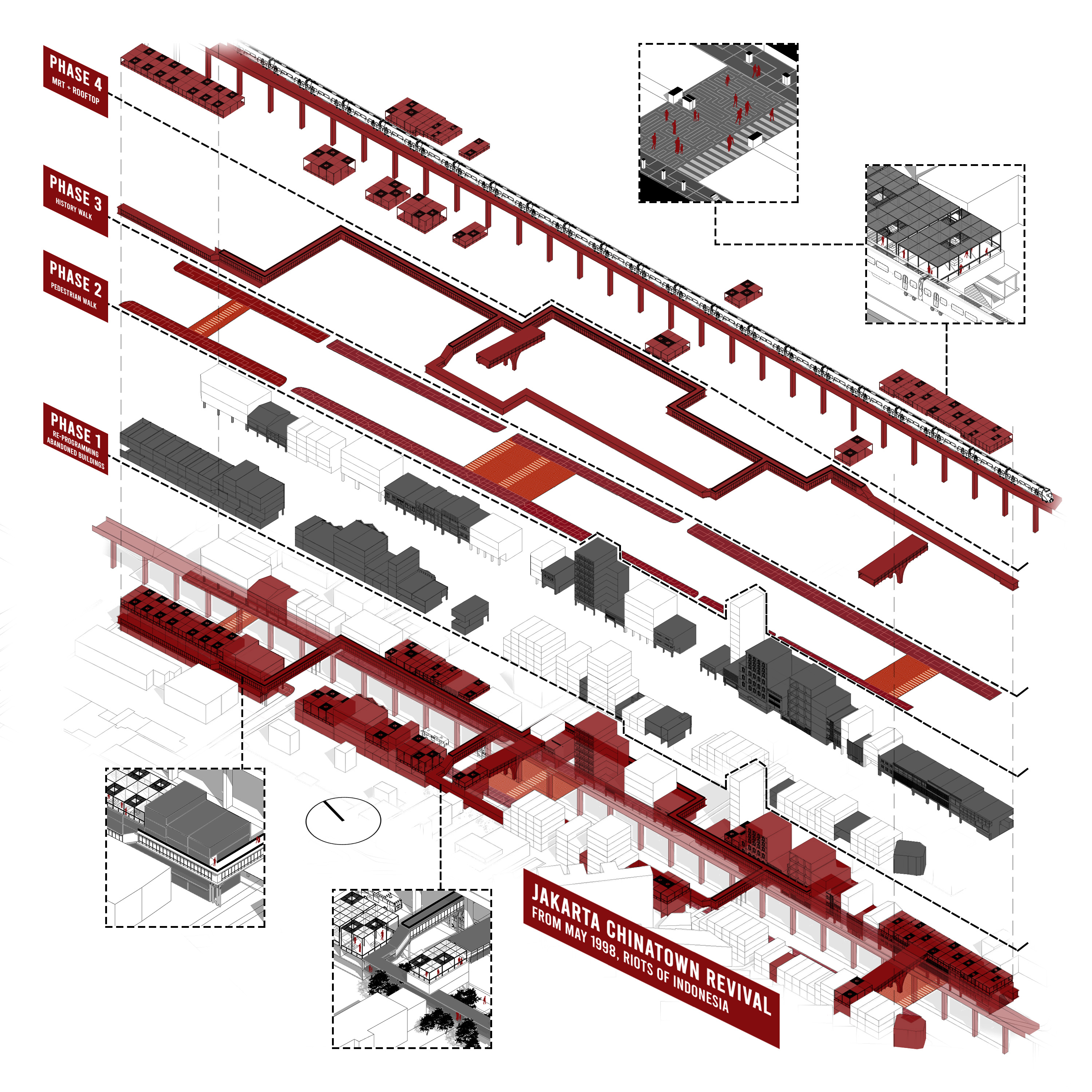 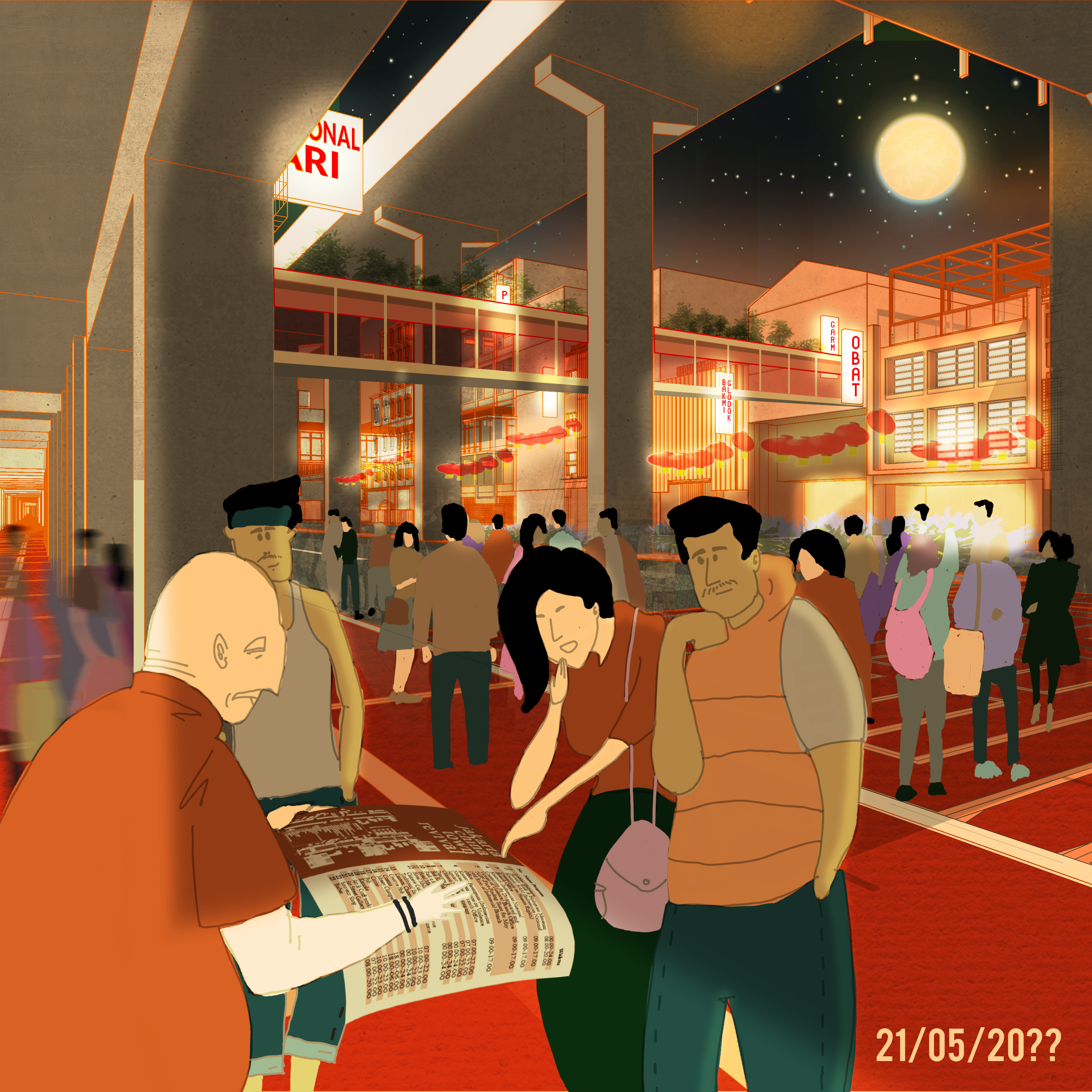 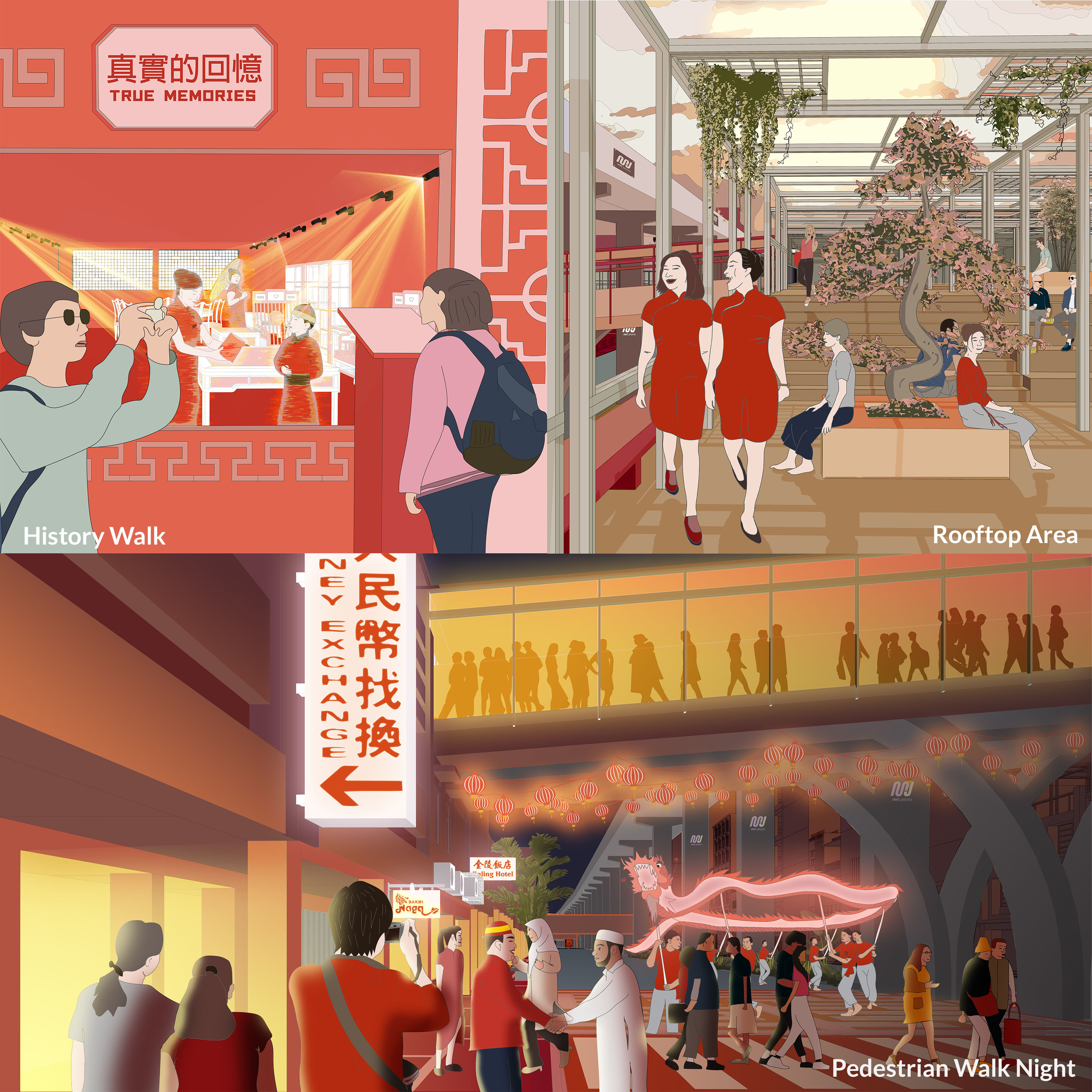 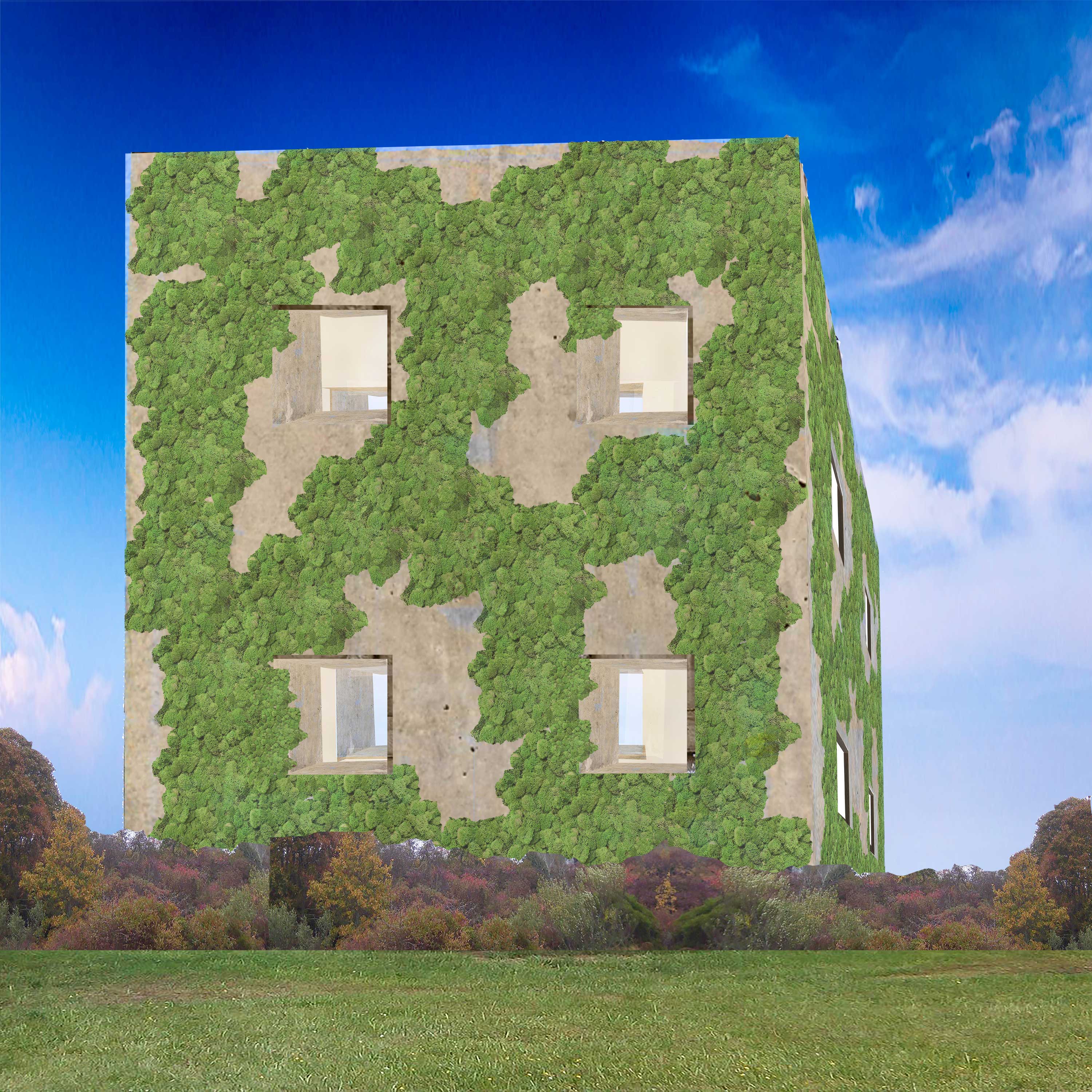 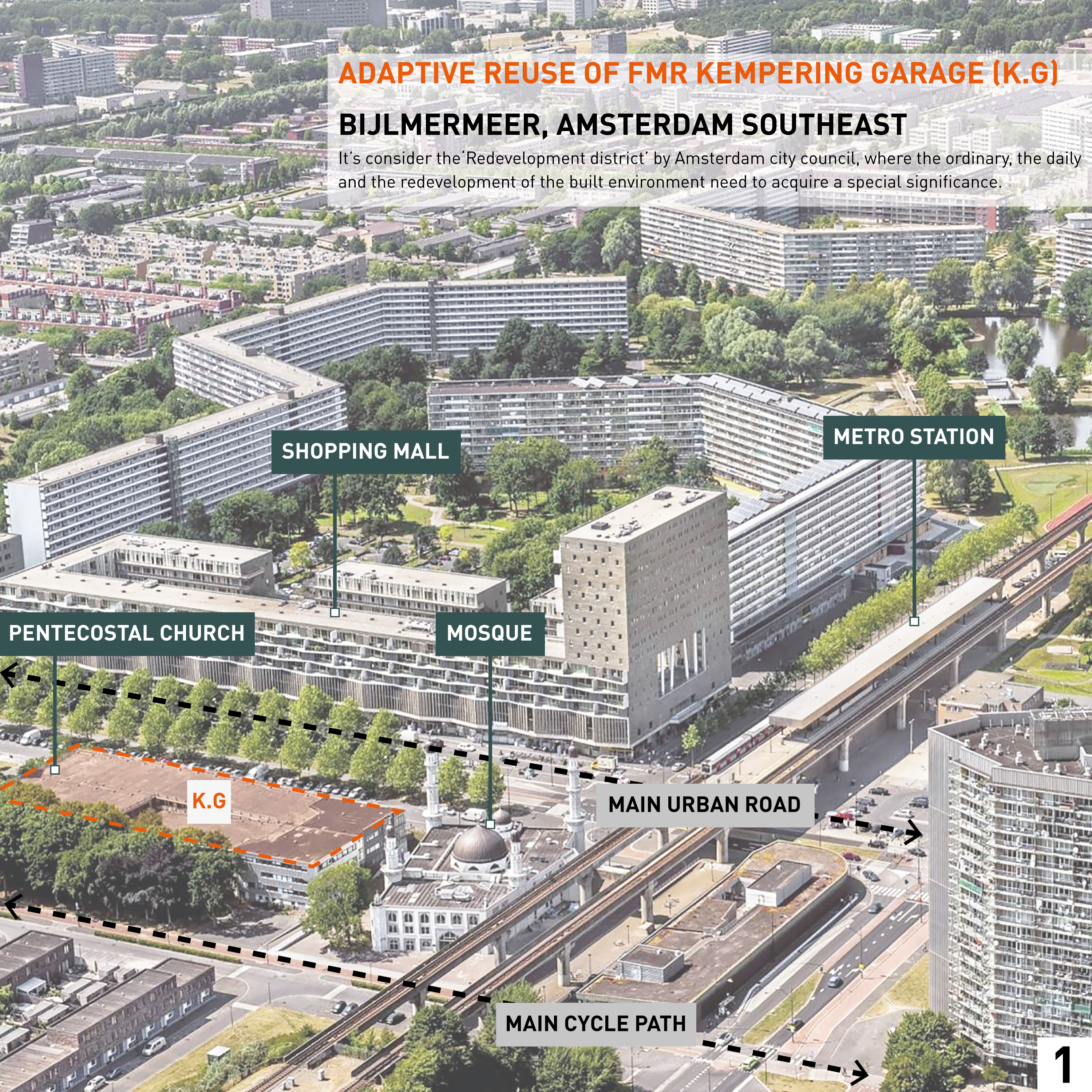 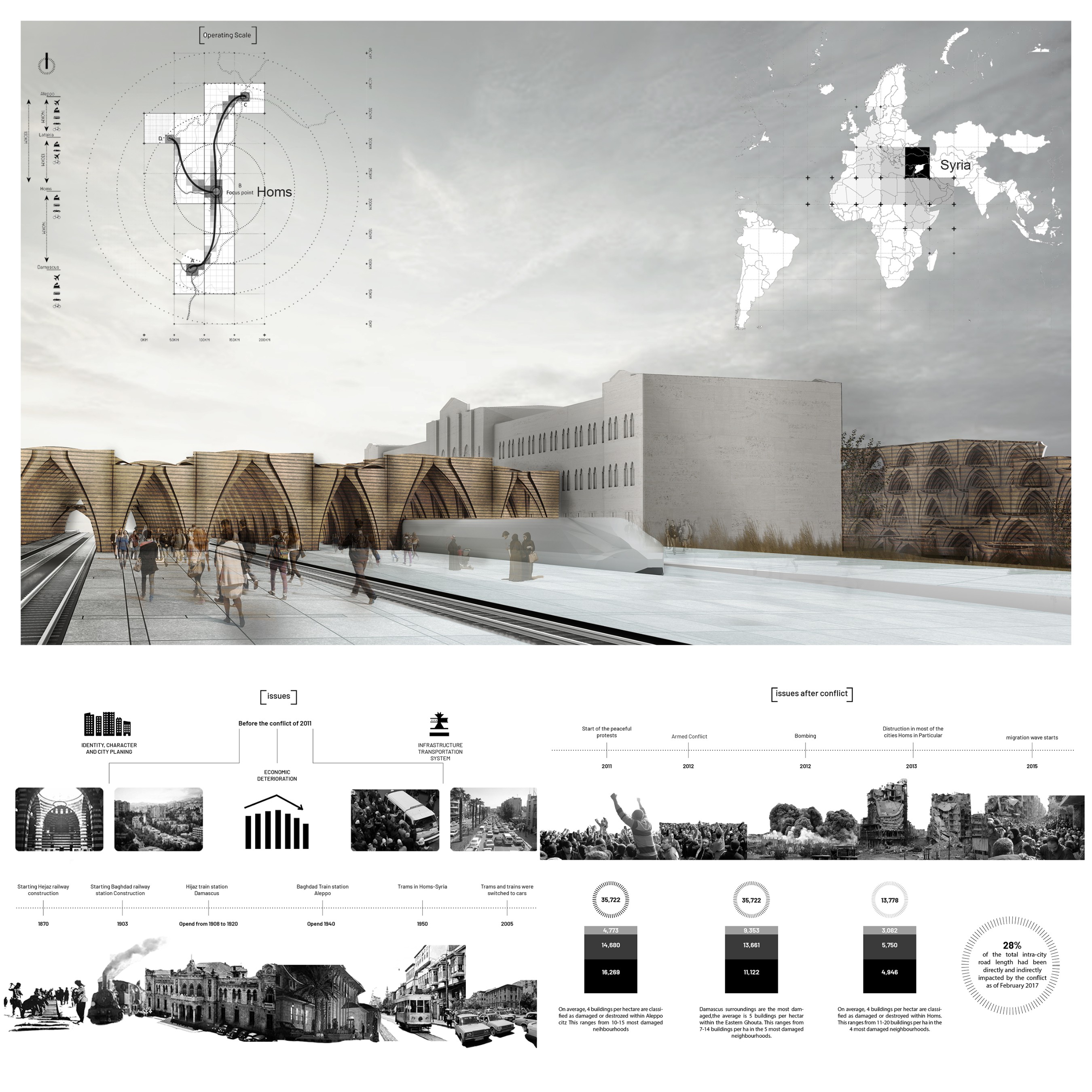 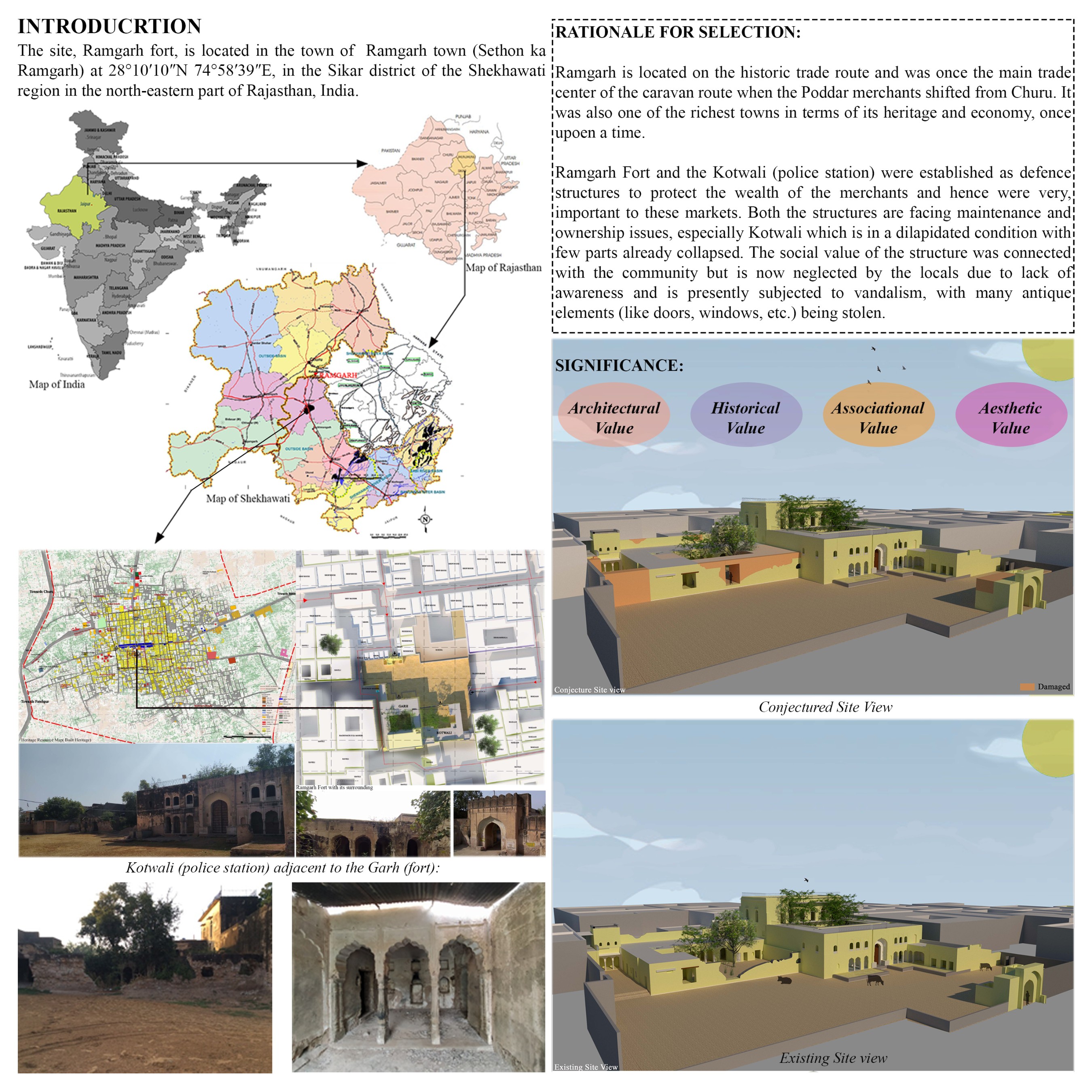 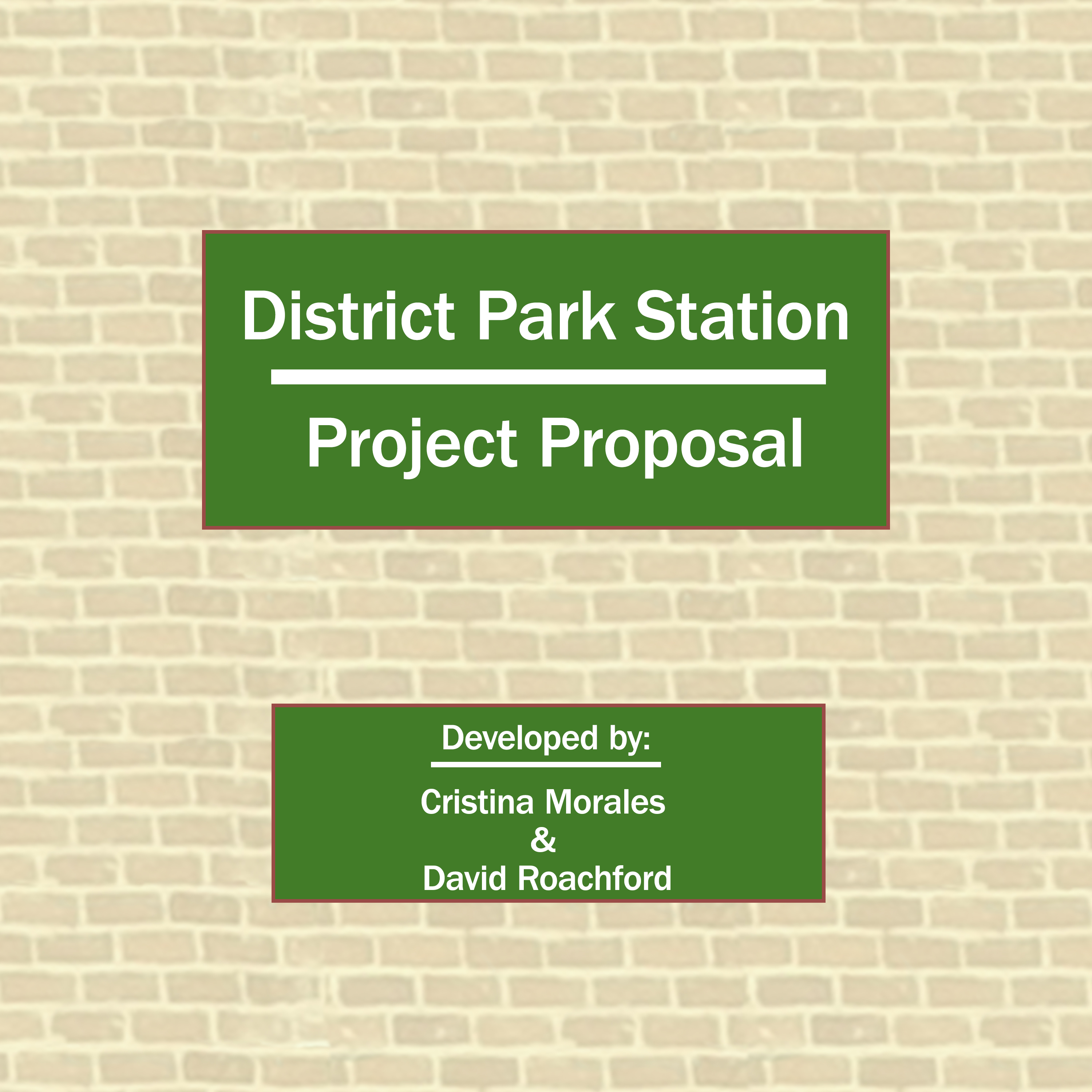