NOTRE-FLAGNotre-Flag is a unique proposal designed for Notre Dame's cathedral. A project which enhances and respects at the same time the importance of such an architectonic masterpiece.A flag is not only a representation of a country but a symbol of a historical moment. Although it is not a very heavy object, what it depicts, makes it really important and valuable.The exterior of the project is subtle but notorious during the day. Some coloured steel frame with a hint to France's flag could be spotted from the street and the upper top level. A new central tower would be erected by keeping the proportions of the old one and ending with a replica of the original cathedral’s top pinnacle.We keep and replace the interior as it was before respecting the whole structure. A new walking level would be created on top of the internal arches over the ground floor as a gallery. The materiality of the project consists of using decoloured green micro-perforated copper panelling which runs the whole roof area. These micro perforations allow the entrance of natural light during the day. At night, the lights expand out for different events such as France’s National day, and other remarkable dates throughout the year.There are basically two new proposed areas:1 - Museum gallery on the new top floor. This space is generated not only to remember and understand the history of Notre Dame's cathedral but also to contemplate the refurbishment from a different and interesting perspective. Small openings serve as windows and as a connection to the outdoors.2 - Space for contemplation. It would be the end of the trip, a 360° panoramic view of Paris, and overall to appreciate the monument on its own. A quiet indoor space is proposed to rest, reflect and to unveil the flag.Notre-Flag is an "architectural flag" to be blown with modern airs. A poetic interpretation of an emblem from the city, to the city. To be seen from everywhere and to last forever. 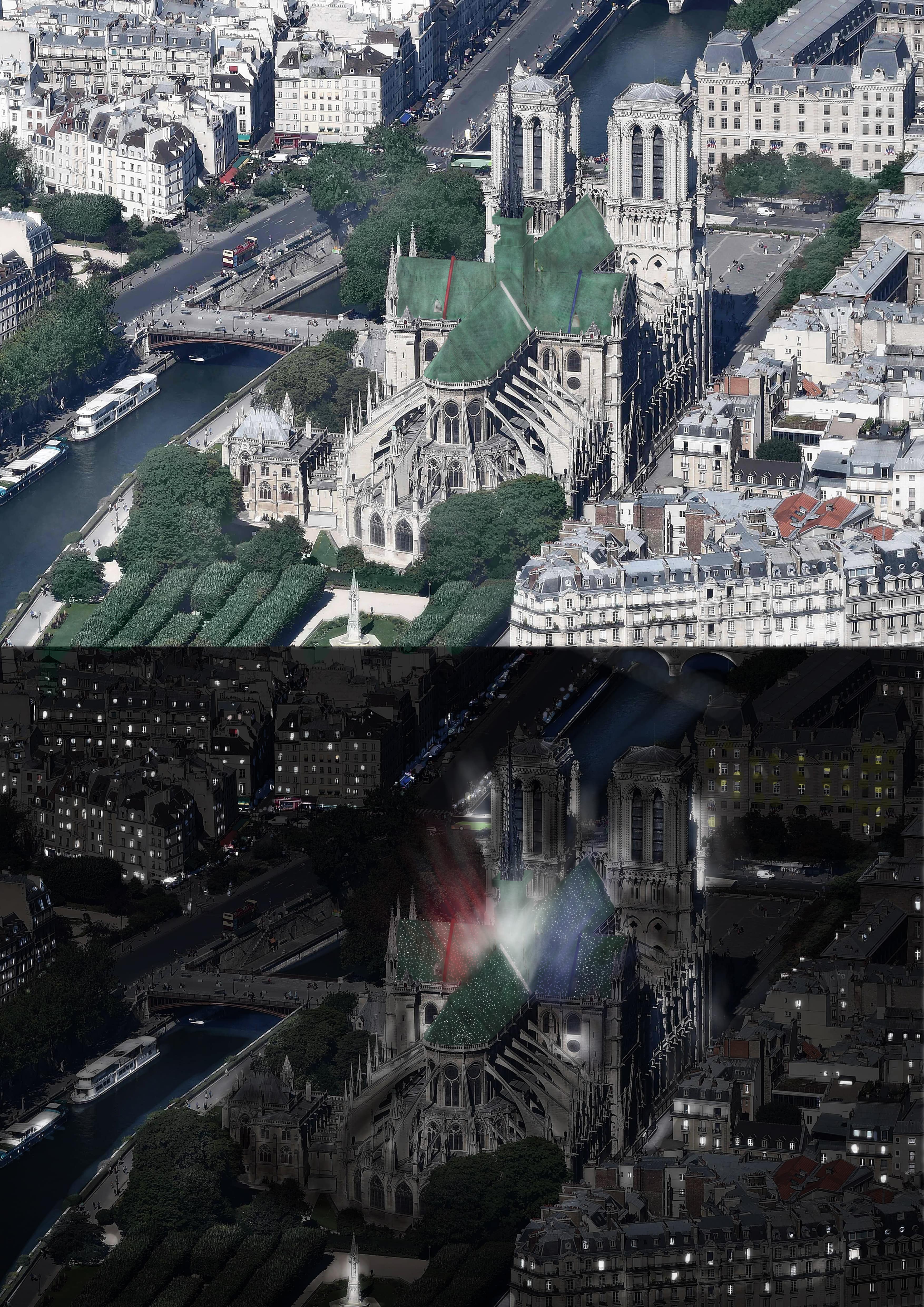 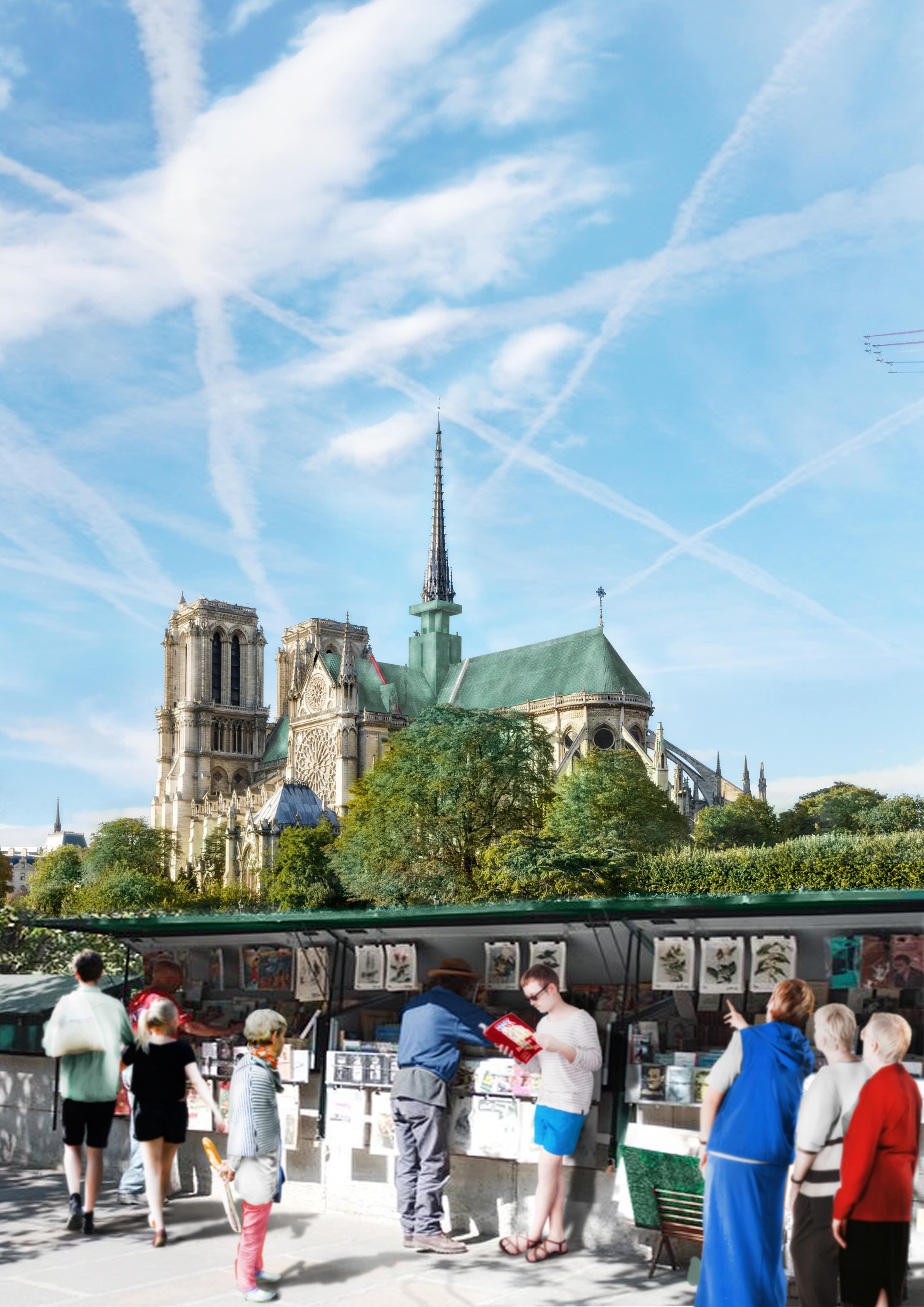 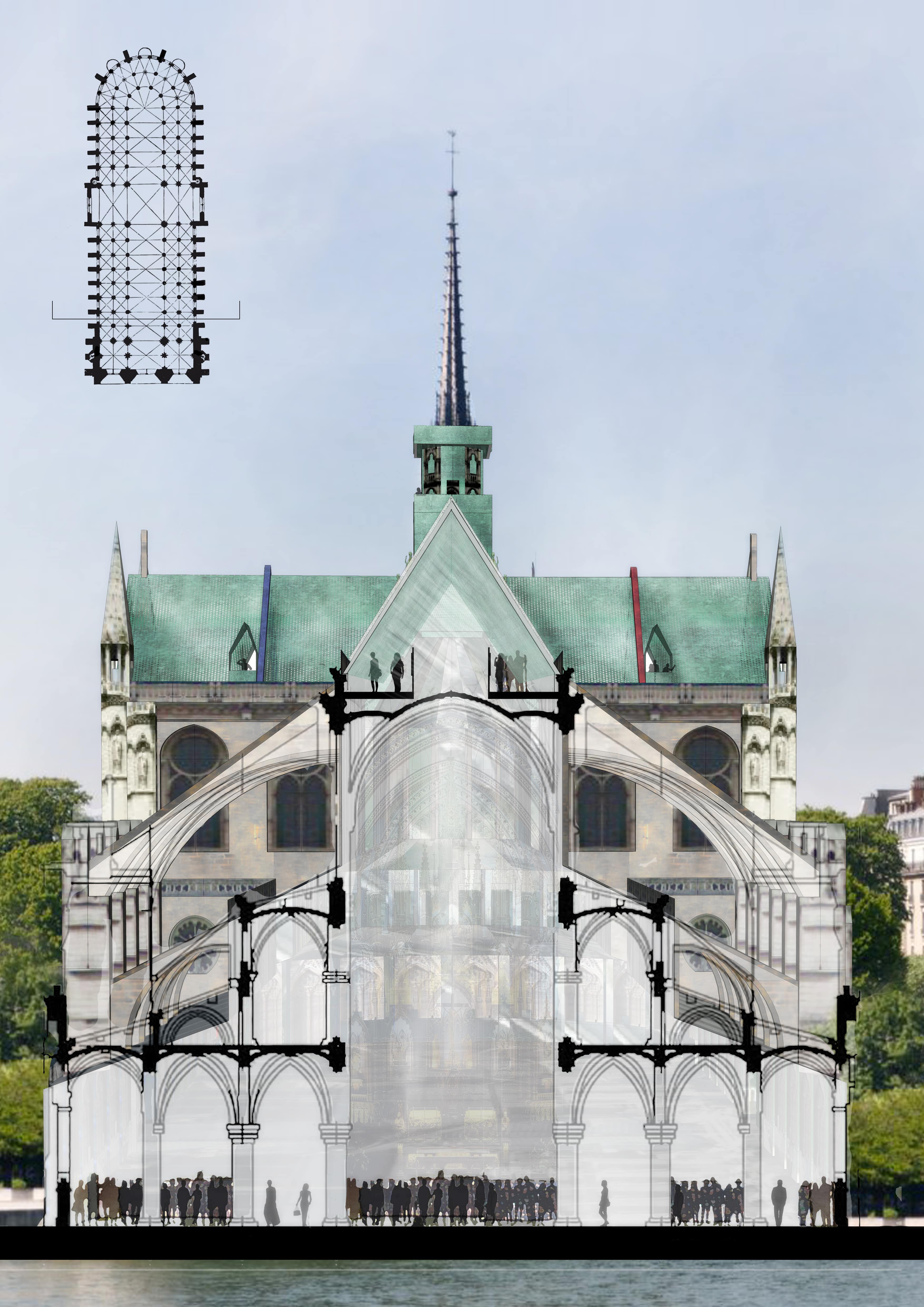