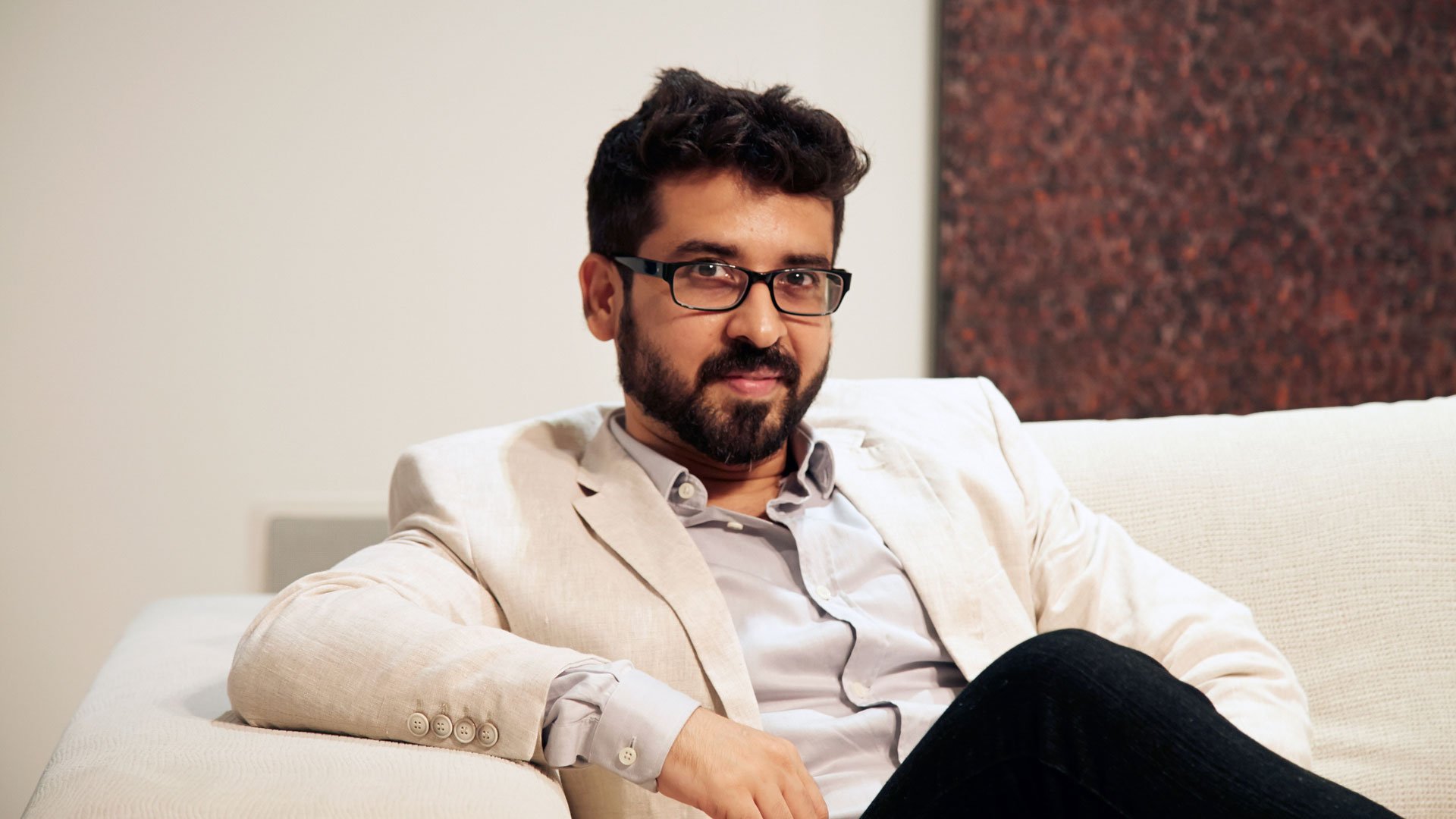 Santosh Wadekar shares the inspiration and process behind his Notre-Dame design.

Can you tell us a little about yourself?

I believe that the re-design for Notre dame is perhaps the most complex design problems in today's age and time. Not only is it technologically challenging, but it also requires a very fine balance to appeal to the collective sensibility of the people and be harmonious to their emotional sentiments, without disturbing the architectural fabric of the cathedral and its historical context. It would be quite unfortunate if the French proceed with restoring the roof exactly as it was last seen, but I believe that we, as architects, in our zeal and enthusiasm have imposed insensitive grandiose designs on a already fragile but highly revered structure that have caused the public opinion against any modernist intervention as was evident by the public outcry when such proposals appeared online.

Every design intervention at the Notre dame over the last 800 years has been a technological innovation of that time and today's intervention needs to talk not only of technology but also the human connect to architecture. The tragic fire can either be wished away with an exact restoration, or its ephemeral moment can be captured as an 800 year old continuing narrative and to define by its own design the reason for its existence to generations 800 years down from today.

What inspired you to enter the Notre-Dame design competition?

My quest for the redesign of the Notre dame spire began instinctively after I saw the images of the fire and the humanity of people coming together grieving its loss, as if a loved one was in distress. People crying on the streets, kneeling and singing hymns on the streets, made me wonder how an 800 year old structure made of stone and dead wood could evoke such a strong response from people not only Paris all across the world! In a strange way, we are both writing to each other from different continents only because, we were in our own minds, moved by those images that made us reach out and do something about it! Hence Notre dame's design needs to win hearts and connect people with a common thread of emotion and love for everything good and beautiful.

I sketched more than 250 sheets of different concepts and visions, each in a different style or a different thought. Over a period of weeks I deeply contemplated on the relevance of these designs if I was merely creating some aesthetic design or was there something more deep and meaningful in my creation. I studied as many books, magazines and news that I could gather about the history and the existing state of the cathedral after the fire, to get a deep insight n what exactly I was hoping to restore. I kept on examining each design if it was just a good looking image or was there something more deeper within in to justify its existence.

And the clue to my concept lay buried in the depths of its own history. The revelation of my design lies on the divinity of Christ and his sacrifices and that Notre dame through its own sacrifice now becoming a beacon of light for todays world, especially Europe that is besieged with turmoil over various problems. Today with issues like climate change, radicalization of religion, polarizing leaderships, disenchant of workers, the future of humanity looks bleak. My design proposes to bring together this diverse humanity and give them a reason to look at the future with hope. The message that the design would give out is that these are the times of crisis (the Biblical "furnace of Affliction" which we are going through) just like Notre dame did, and we will emerge from the ashes of Notre dame, like the mythical phoenix far more stronger, more pure and more humane from this ordeal.

How does your design celebrate the past and future of Notre-Dame?

My design is hence a story in itself that depicts the cathedral, the flames of the Fire of affliction swirling around it and then the glowing crystal like pyramid rising tall above the fire, holding atop it a gleaming cross, the same glowing cross that was visible inside unharmed during the raging fire. The fire would, through the hole caused in the roof, reflect beams of light within the nave of the cathedral enhancing the spiritual quality of the space inside, connecting humanity inside to the divinity outside. At night the Pyramid would emit a beam of light in the heavens reminding the people that there is light even in darkness.

For my concept which has a much deeper thought dimension to every part of its design and for a topic as vast and delicate as the Notre dame, I could not, unfortunately express the gravity of my concepts in three images and 600 words, However I have an entire synopsis of a few pages that talk about the various design considerations that I have examined while coming up with my concept and how I address each and every issue through my design. I also have a PowerPoint presentation where I dissect each layer of my design and talk about its significance to the various characters of the Notre dame story as well its construction techniques and its materials.

The most important premise of my design consideration is that the design is not a wishful thinking, but is implementable and can be constructed, independent of the re-strengthening activities of the cathedral at site and be ready within two years at a fraction of a cost. The weight of the spire and the roof will be minimal and can be transferred outside the crumbling base so that no additional load is imparted on the delicate stone structure beneath. I have already studied the seismic loads and the wind deflection for the spire and the materials that I propose to use for this will be able to withstand this, can be self maintaining, safe from fire, corrosion resistant from future climate changes and can easily survive without any maintenance for at least the next 300 years!

Not only do I have the designs ready but also its implementation plan which can ensure that the Notre dame can be constructed fully in all its splendorous glory in time for the opening of the Paris 2024 Olympics.

An old story speaks of three workers building a cathedral. When the first worker was asked what he was doing, he said that he was laying bricks. The second one said that he was earning money for his wife and kids. The third one however said that he was building a home for the creator of the universe! Rebuilding the Notre dame has to be done with someone who can understand the gravity of what they are creating, a passion from the heart and the determination like the Joan of arc.

There can be only one Notre dame and only one fire that devastates it. Redesigning this is an opportunity that no human has ever encountered. Whatever we do today, will leave its mark on the sands of time. We have to remember that what we build cannot be shallow enough to reflect today but has to stand the test of the time. The generation of the future 800 years from now will judge us for the choices that we make and this fact summarizes the enormity of this design challenge. 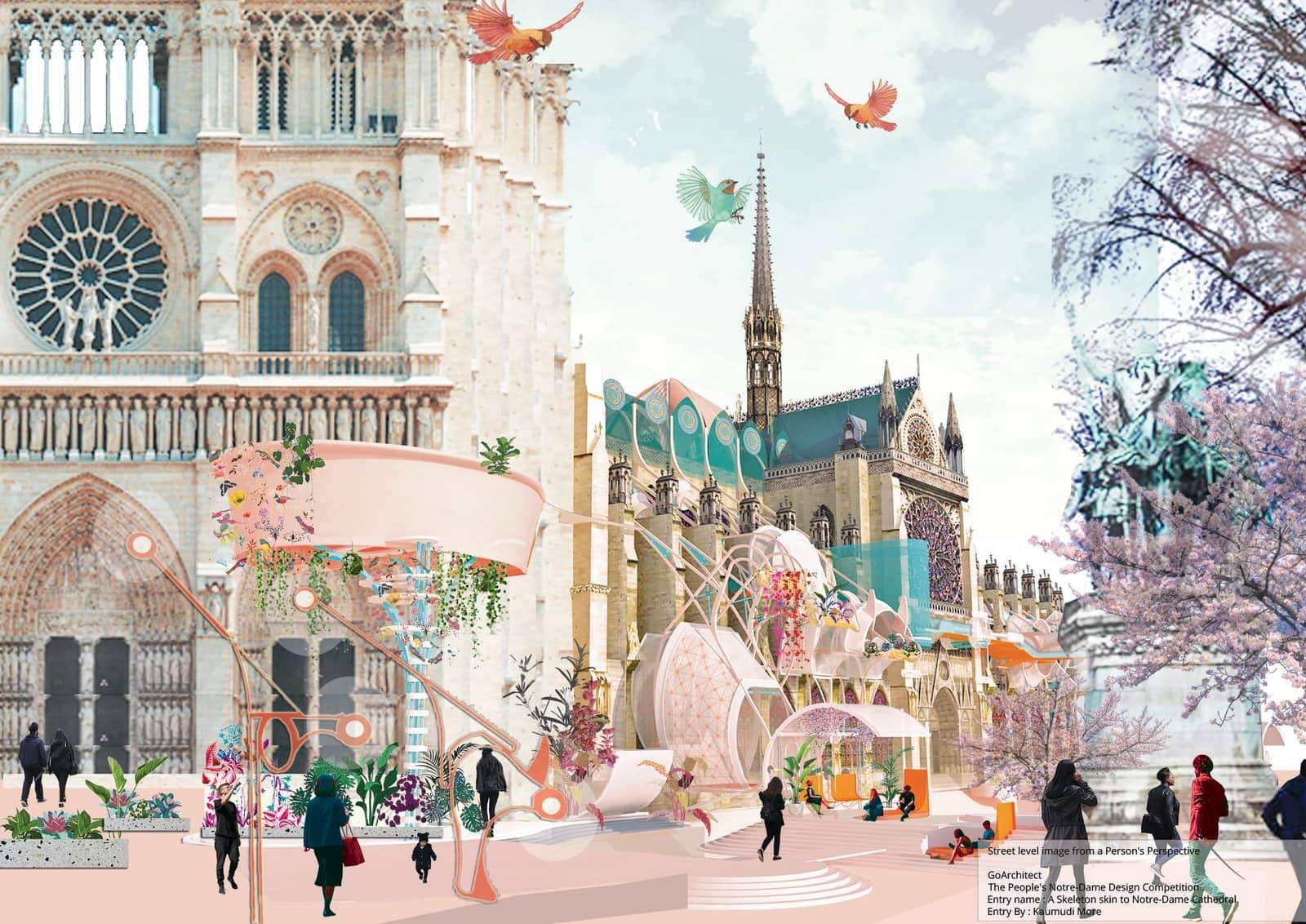 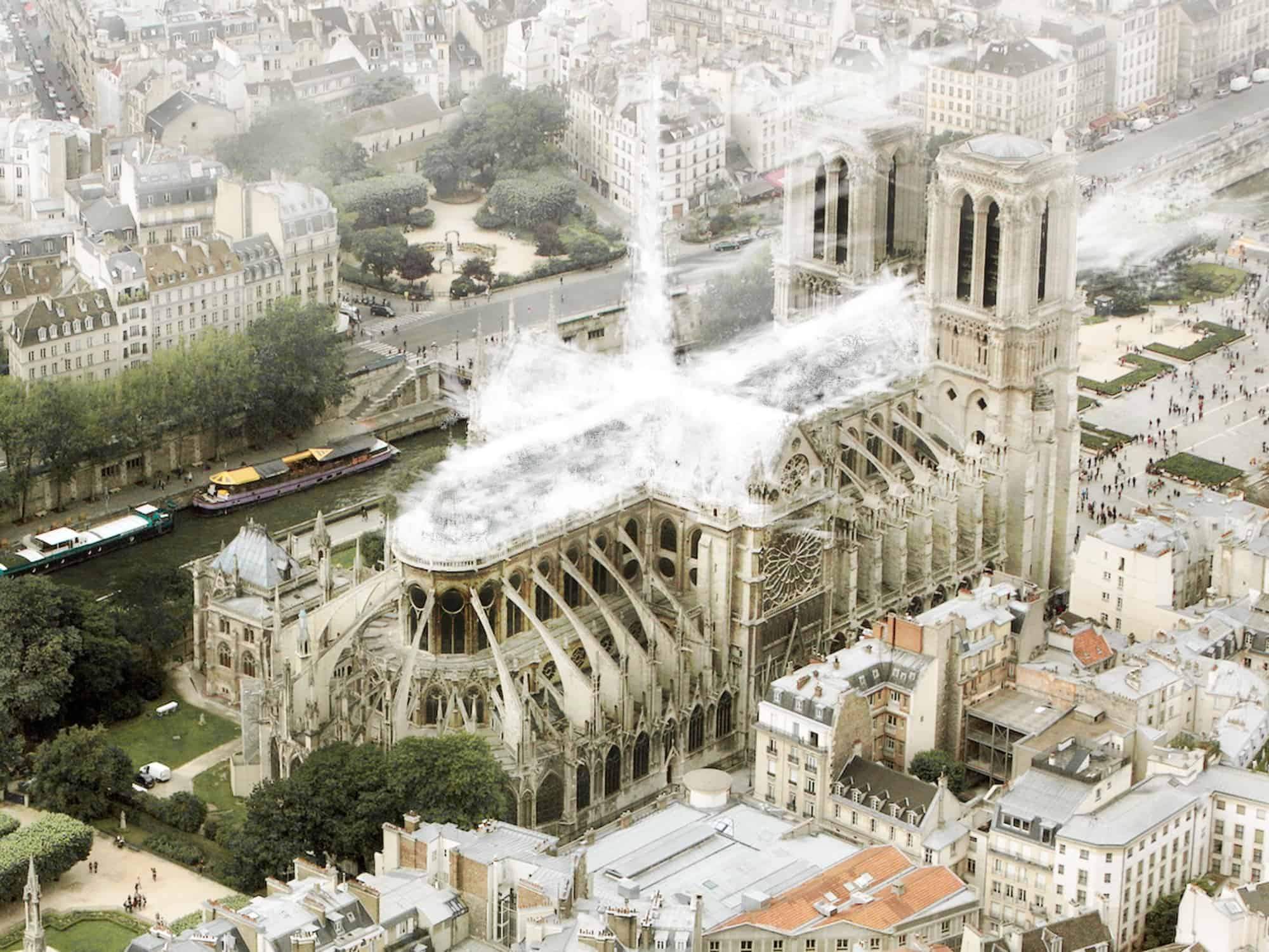 "I decided to design a symbol that represents a collective aspiration," says architect Yung Sai Chun 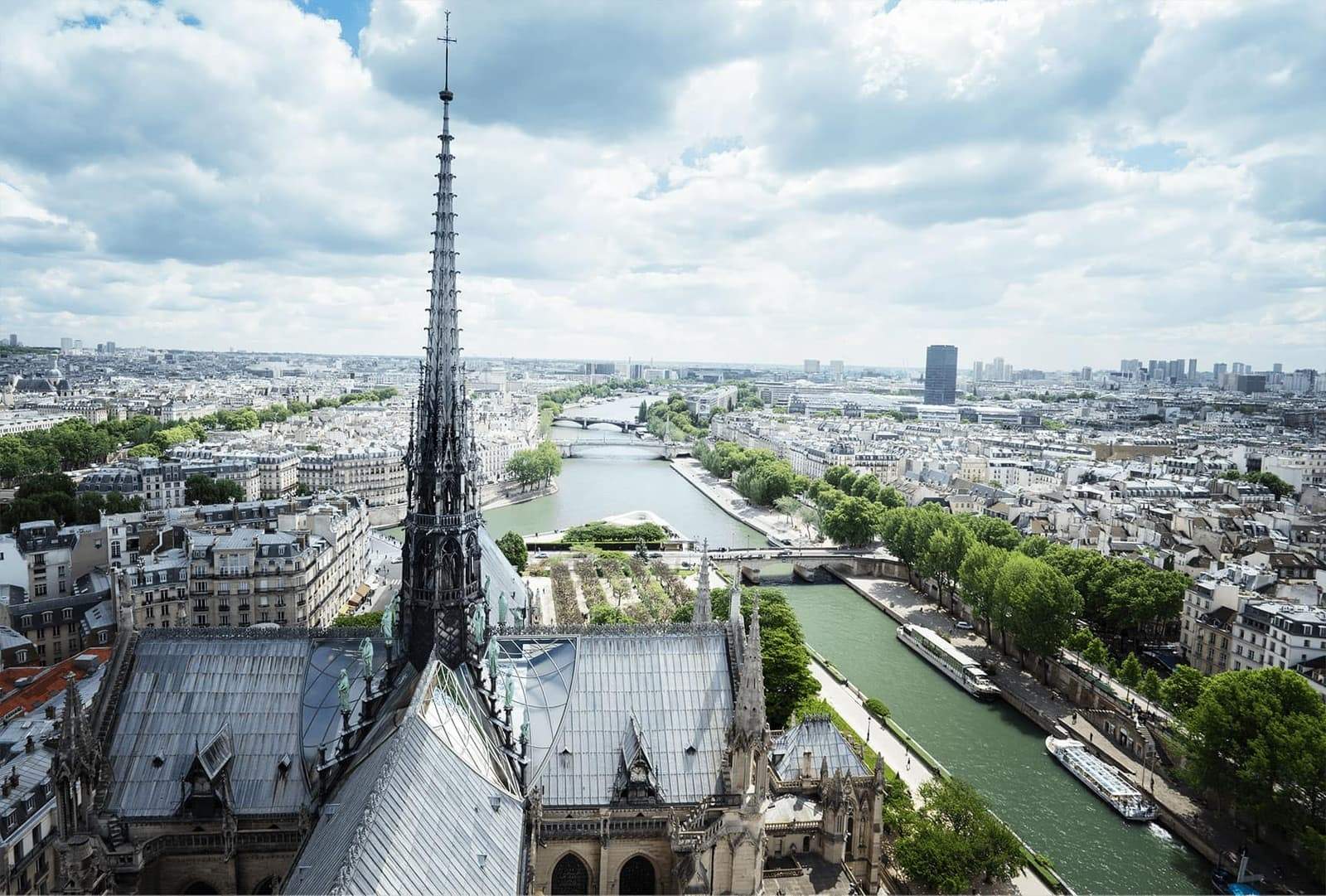 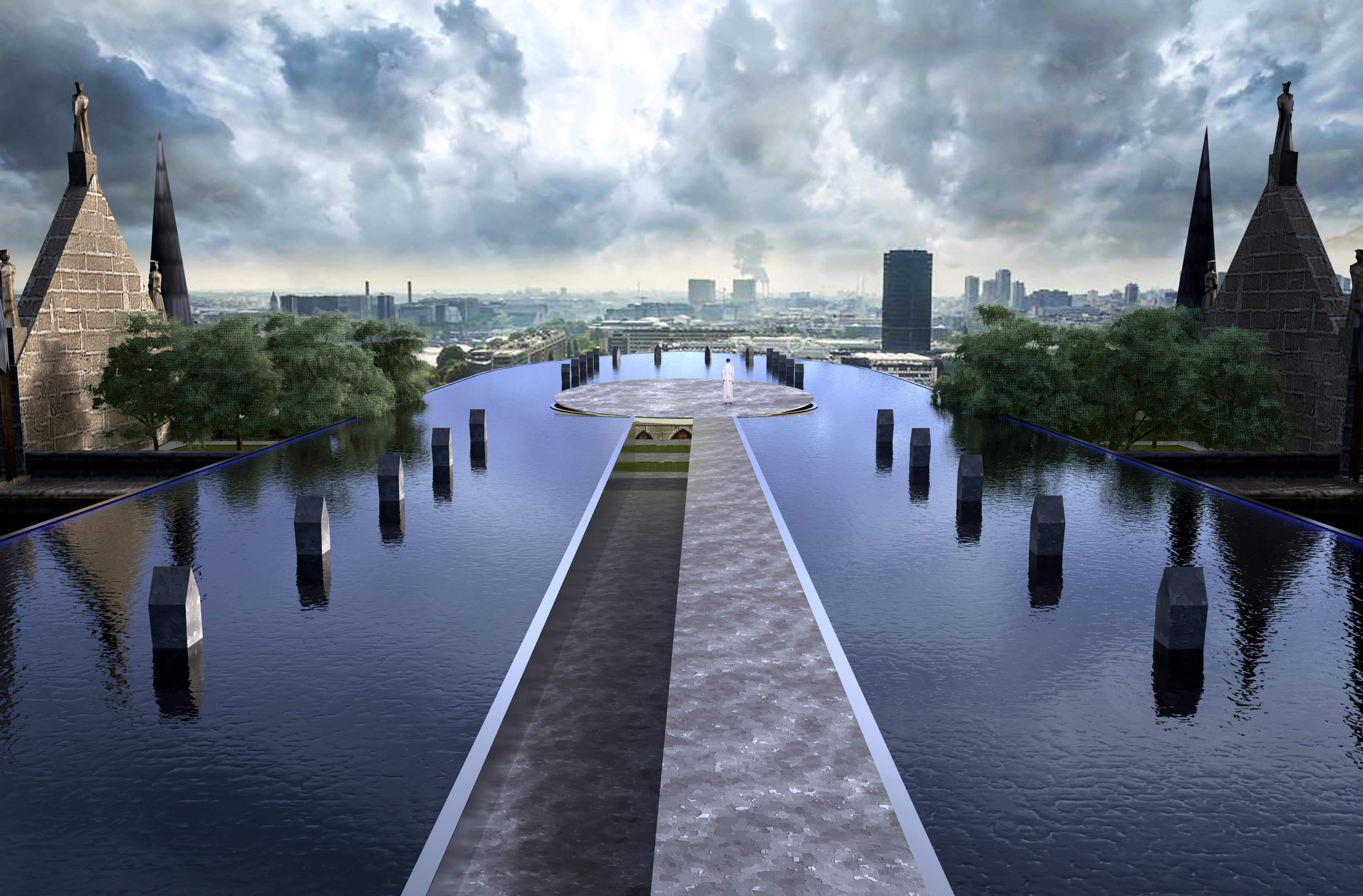 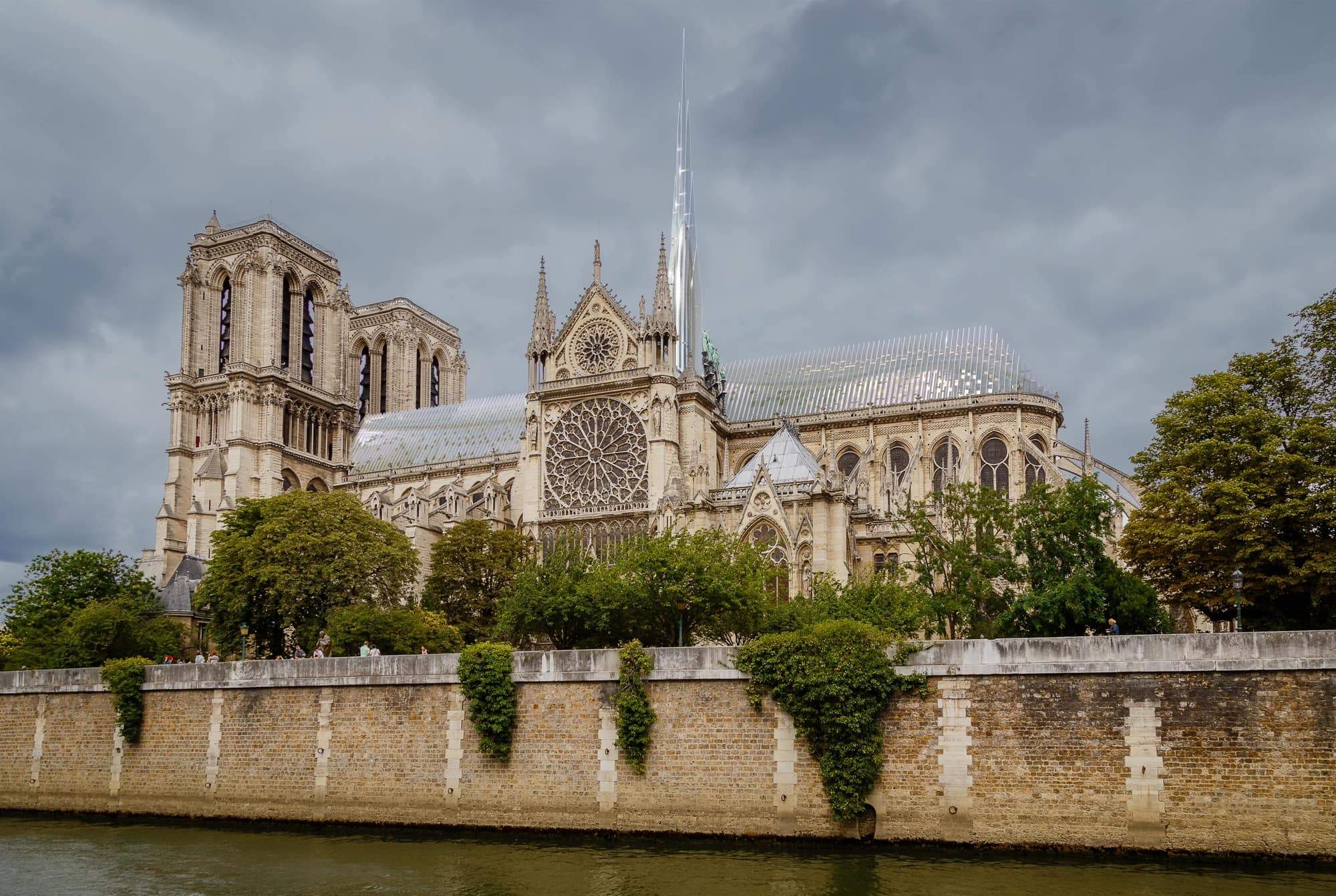 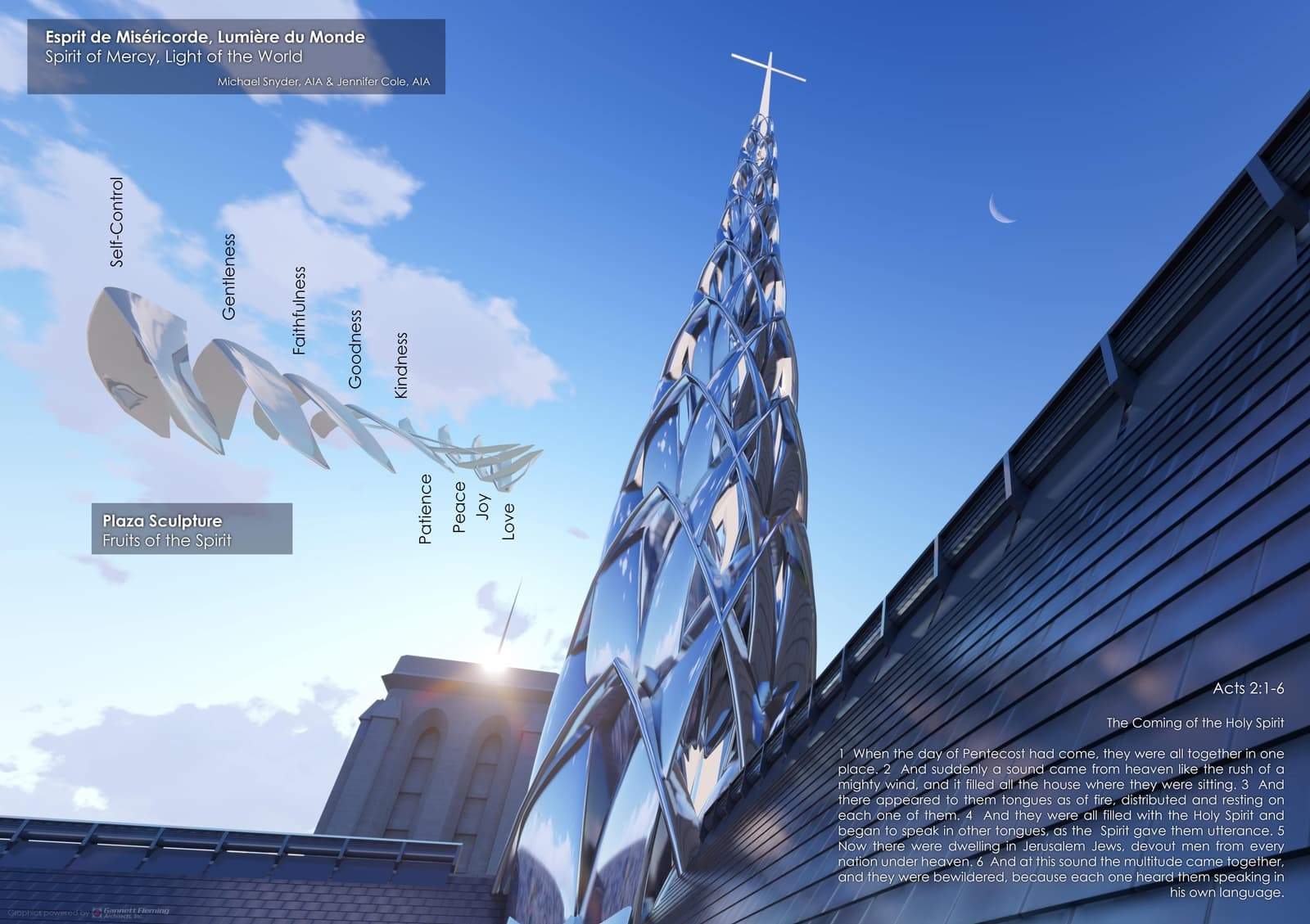 "Our inspiration was not only architectural, but also spiritual," say Jennifer Cole & Michael J. Snyder